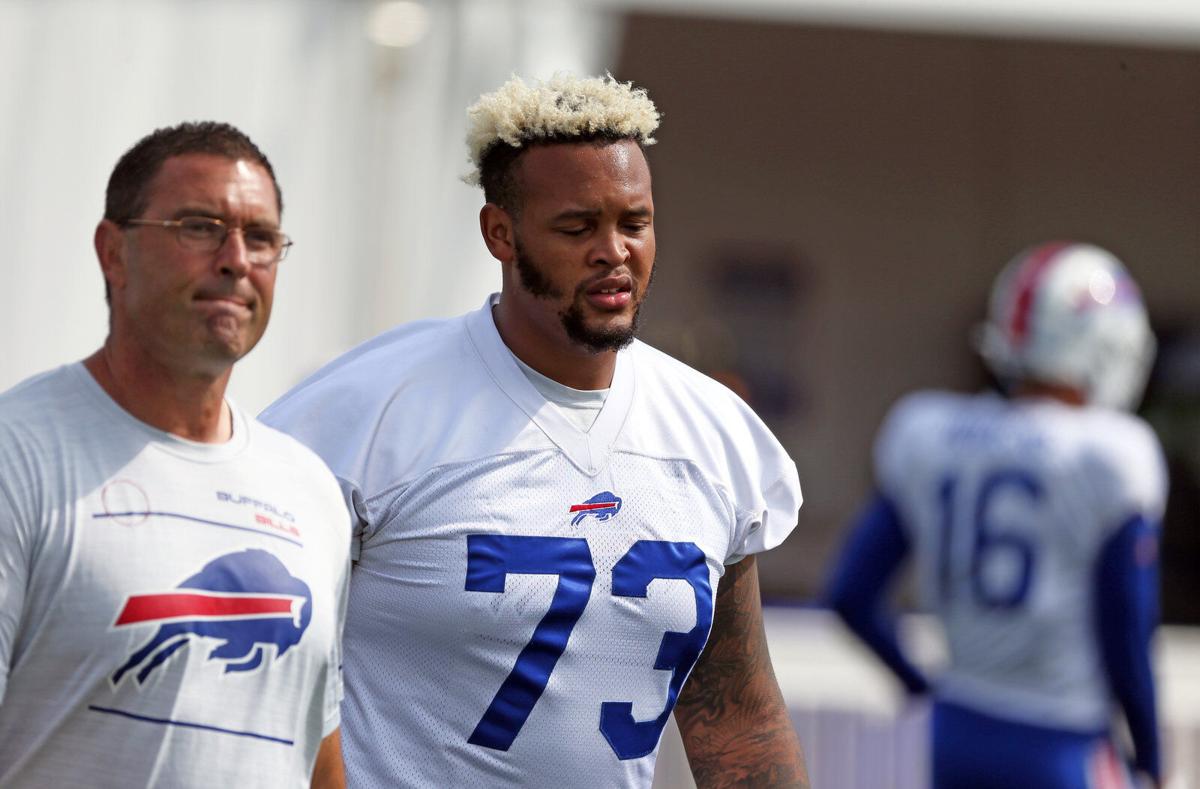 The Bills’ season opener against the Pittsburgh Steelers is less than four weeks away.  Left tackle Dion Dawkins will have to rally to get into game shape by September 12.  The mountain of a man is recuperating after a bout with coronavirus.  Dawkins’ condition is so poor that he would not even be considered for a starting spot on the team’s line if the season were to kick off today.

If Dawkins were completely vaccinated, his COVID symptoms probably wouldn’t be nearly as bad as they were these past couple weeks.  The gargantuan left tackle was shrouded in mystery while away from the team’s training camp in Orchard Park, NY.  When Dawkins finally showed up, he explained to the media that COVID rendered him hospitalized for more than half a week.  The left tackle was officially activated on Thursday.

Dawkins states his symptoms included dehydration, fever, coughing, chills and shortness of breath.  It was quite the scare for the proud father of two, especially considering the fact that individuals with a higher body mass index and those who are borderline obese are typically hit that much harder by COVID than the average person.

Dawkins initially passed on the vaccine despite the fact that his son was born prematurely, meaning he faces a higher risk of long-term health problems related to contracting coronavirus.  Unfortunately, Dawkins tested positive in the two weeks after the second dose of the vaccine, meaning he didn’t have full protection.  Dawkins admitted to the media that he wished he were fully vaccinated and that he probably wouldn’t have been hospitalized had he received the vaccine sooner.

Dawkins is not Ready for NFL Action

Dawkins lost nearly 20 pounds while away from the team.  The left tackle is not in game shape and probably won’t be ready for action for at least several weeks.  There is a chance Dawkins won’t be ready for the regular season opener against the Steelers.

Even if Dawkins is prepared for the season’s start, he might not play all four quarters.  As coach Sean McDermott noted, Dawkins has missed a lot of time so he probably won’t enjoy a completely seamless transition back into the starting lineup.  It is important that Dawkins expedite his return to the line as he inked a 4-year $68 million extension this past offseason.