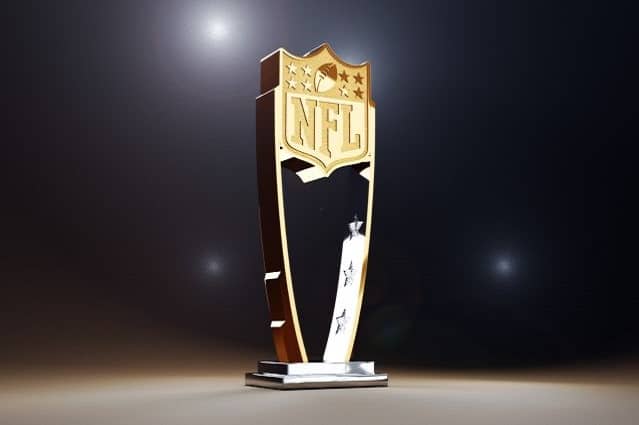 The NFL season is one week away.  Instead of solely focusing on week one matchups, gamblers should partially redirect their attention to season-long props.  As an example, bettors who wagered on Josh Allen to win the MVP last season nearly cashed a winning ticket worth at or near five figures.  Though Allen faded a bit down the stretch, cementing Aaron Rodgers as the league’s top player, he certainly gave his financial backers a chance to hedge in the final weeks of the season.  As a gambler playing futures props such as league MVP, the opportunity for a profitable hedge against your original wager as the season winds down really is all you can ask for.  Let’s take a quick look at the best bets for NFL MVP in the ’21-’22 season.

Will Aaron Rodgers Repeat as MVP?

Aaron Rodgers is the second-most likely to win league MVP with 10 to 1 odds.  Rodgers slots in behind Patrick Mahomes.  The Kansas City QB is the overwhelming favorite for the award with odds of 5 to 1.  Rodgers will be 38 this season.  Keep in mind, the NFL season is now 17 games as opposed to 16, meaning younger players have the edge in the context of the battle for individual awards such as MVP.    The Packers added Amari Rodgers, a wide receiver from Clemson, yet they waited until the third round to address the position.  The team could have added a couple more pass-catchers in the rounds to follow yet declined to do so.

Instead, GM Brian Gutekunst chose to trade for Randall Cobb.  Cobb has a decent skill set yet he won’t make a major difference in the context of Rodgers’ attempt to repeat as MVP.  Gamblers should resist the temptation to wager on Rodgers to go back-to-back as the league’s top performer.

What About Mahomes and Allen?

Check out the rest of the MVP odds beyond Mahomes and Rodgers and you will find a couple intriguing plays.  Josh Allen is the most intriguing play at 12 to 1.  Allen is bigger than some linebackers, plays with heart, is as tough as a heavyweight boxing champion and has one of the league’s best receivers in Stefon Diggs running routes for him.  Allen could easily be the favorite by the midway point of the season. Mahomes isn’t that intriguing simply because his odds of 5 to 1 pay comparably little.

If you want to roll the dice on a long shot, consider putting something on Matthew Stafford at 20 to 1 odds.  Stafford has a strong wide receiver corps in Los Angeles and an above average offensive line. The Rams have the league’s best defense that will undoubtedly set the stage for Stafford to get plenty of chances on offense.

Russell Wilson is another MVP long shot with 18 to 1 odds.  Seattle will “let Russ cook” this year after going run-heavy in prior seasons.  Wilson has the always-dependable Tyler Lockett at his disposal along with DK Metcalf and Chris Carson.  Wilson’s odds could easily shrink to 10 to 1 or 5 to 1 after the team gets a couple wins under its belt early in the season.

Both NY quarterbacks are extreme longshots to win the MVP and we wouldnt suggest anything but alittle pizza money if you wanted to take a flier. The best way to go maybe Wilson for ROY @ +900