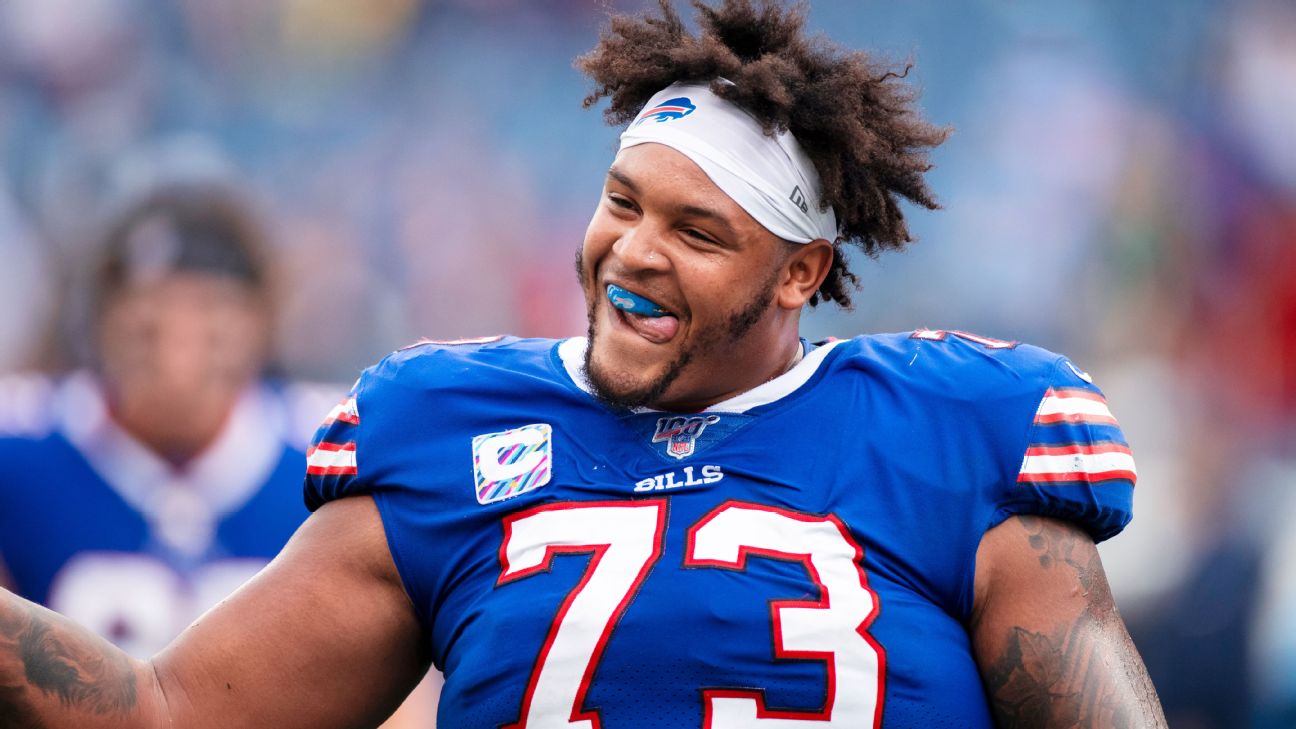 Bills fans were a bit surprised to see Dion Dawkins at training camp on Monday.  The left tackle arrived for the first time all summer, arriving at the team’s facilities to start the work week.  However, Dawkins did not take the field.  Rather, the massive lineman was spotted watching the action from the sidelines.

Dawkins has not yet worked out with the Bills as the squad put him on the Reserve/Covid-19 list.  Both Dawkins and Ike Boettger, another Bills’ offensive lineman, were placed on the list after arriving at training camp.  The Bills are now holding training camp at Highmark Stadium in Orchard Park.  The team previously trained in Rochester, about an hour east of suburban Buffalo.  Though Dawkins has not yet hit the field for reps, Boettger has gotten in on the action.  Based on Boettger’s timeline for returning to the field, Dawkins could easily be back on the gridiron within a week’s time or less.

Of the names listed above, Diggs is the most newsworthy.  Digs did not practice at all on Monday.  However, media members spotted the superstar wide receiver on the field talking with his teammates so he probably won’t be out for an extended period of time.

Milano’s injury is also interesting.  The linebacker was injured during Monday’s training session and left practice.  Newly-acquired Forest Lamp has been out for multiple practices.  It is also somewhat concerning that the team’s prized free agent acquisition from a couple years back, Mitch Morse, missed Monday’s practice due to fatigue.  Morse will be in the mix for a starting spot on the line yet he has not lived up to expectations after inking a massive deal with the Bills following his time in Kansas City.

Emmanuel Sanders Returns to the Field

Perhaps the one glaring bright spot of Monday’s training camp practice was the return of wide receiver Emmanuel Sanders.  Sanders has been plagued by an ankle injury to start the year.  However, the veteran wide receiver was healthy enough to return to practice on Monday.   If the Bills end up cutting Cole Beasley due to his coronavirus vaccine controversy, Sanders will play in important role in the team’s success.