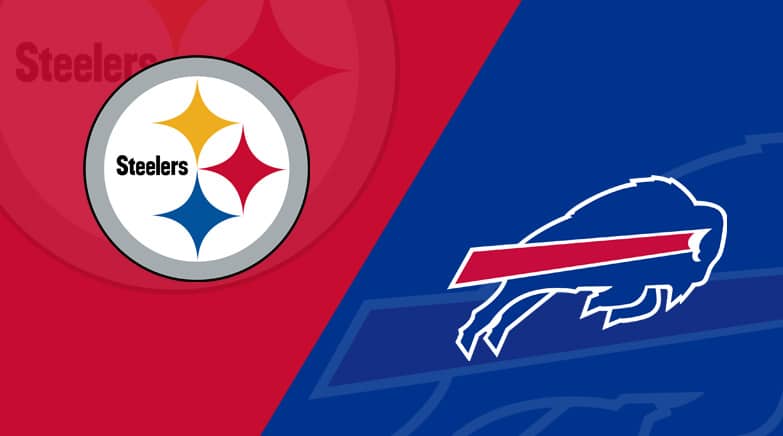 The Buffalo Bills will do battle with the Pittsburgh Steelers on the gridiron this Sunday at 1 pm. The game will be played at Highmark Stadium in Orchard Park.  The Bills are largely healthy for the contest.  The Steelers might be lacking linebacker/defensive end hybrid T.J. Watt.  The stud defender is questionable as he has been sitting out team drills, choosing to only complete individual drills until he is provided with a new contract.  It appears as though Watt will suit up on Sunday though no one knows for sure.  Let’s take a quick look at how to wager on the game.

The Steelers placed offensive tackle Zach Banner on injured reserve five days ago with a knee injury.  Defensive end Stephon Tuitt has also been placed on injured reserve without explanation.  Add in the fact that Watt might not play and gamblers have even more reason to take the over 48.5.  The Bills should be good for three scores in the air, one on the ground and a field goal.

Let’s assume the Bills hang 30 points on the Steelers.  The question is whether the Steelers can score 19 points or more to send this point total over.  The Steelers invested their first round draft pick in running back Najee Harris.  Harris, famous for his hurdling of a Notre Dame defender in last year’s Rose Bowl, is a punishing runner with the athleticism of a track and field Olympian.

The Steelers gunslinger, Ben Roethlisberger, has one of the league’s best wide receiving corps in JuJu Smith-Schuster, Diontae Johnson and Chase Claypool.  However, Roethlisberger is 39-years-old.   Big Ben was rusty down the stretch following the team’s hot start to the season.  However, the Steelers will likely lean on their run game to gash the Bills’ weak interior defense.

The Steelers’ gigantic wide receivers will tower over Bills’ corners Tre’Davious White and Levi Wallace.  These mismatches are perfect for end zone fade routes.  As long as Pittsburgh can get to the red zone a couple times per half, the team should be good for two scores on the ground, one in the air and a field goal, sending the team’s point total to 24 points.  This game could easily hit 50 points, meaning the over is the play.

The Bills are 6.5 point favorites over the Steelers.  This is a home game for the Bills so Highmark Stadium will be rocking as usual.  The only way Pittsburgh wins this game is with ball control, clock-killing runs that wear down the Bills’ defense.  The chances of Pittsburgh accomplishing such a feat are low to say the least.

The Bills’ revamped defensive line featuring Gregory Rousseau, Star Lotulelei, Efe Obada and Boogie Basham will be the difference in this game, pressuring Roethlisberger just enough for the Bills to come out with the victory.  The Bills’ moneyline is the play.

How to Bet the Giants’ Season Opener With the Broncos