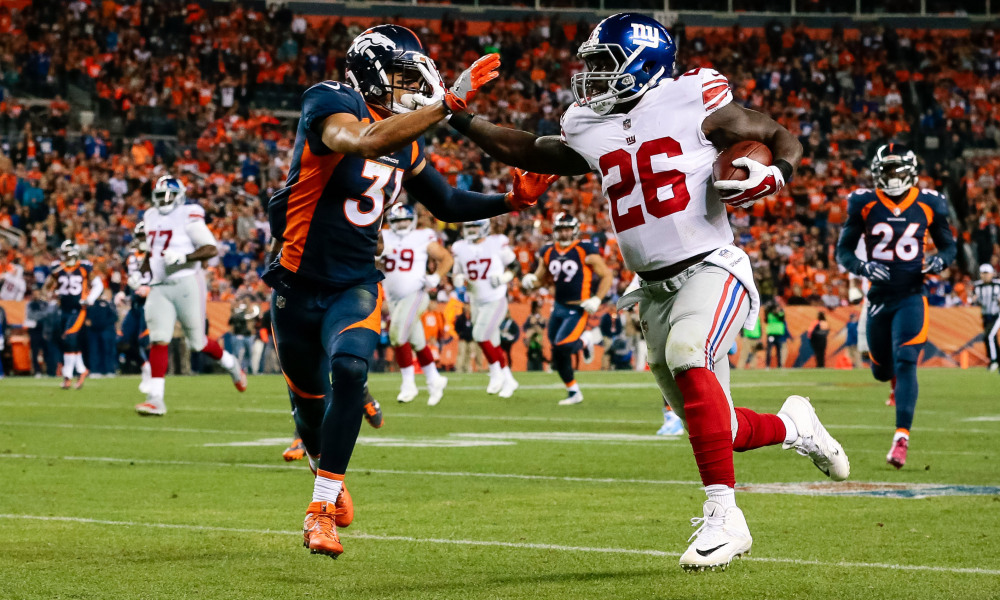 How to Bet the Giants’ Season Opener With the Broncos

The Giants are two and a half point underdogs in their matchup with the Broncos.  The game’s over/under is 41.5.  Giants fans will have to adjust to the 4:25 kickoff time. The season opener will be played at MetLife stadium.  Let’s take a look at how to handicap the G-Men’s start to the ’21 campaign.

Teddy Bridgewater will start for the Broncos.  Bridgewater beat out Drew Lock for the starting gig.  Bridgewater was a highly-touted prospect coming out of Louisville yet injuries have hampered his pro career.  The slim signal caller certainly has enough weapons to work with on offense.  Between tight end Noah Fant and wide receivers Jerry Jeudy and Courtland Sutton, the Broncos’ offense is potent yet underrated.  The Broncos also have two capable backs toting the rock in Melvin Gordon and Javonte Williams.

The Giants will have Saquon Barkley back on the field.  The team also added a couple offensive linemen in recent weeks to protect quarterback Daniel Jones.  However, tight end Evan Engram is unlikely to play due to injury.  Newly-acquired tight end Kyle Rudolph should be healthy enough to suit up for New York.  The injury concerns are likely to shift a considerable amount of money toward the Broncos.

However, this is a home game for New York.  Add in the fact that Bridgewater should be nicknamed “Check Down Teddy” for his reluctance to throw the ball deep and there is even more reason to roll with the Giants.  Bridgewater will likely be supplanted by Lock around the midway point of the season simply because Lock has superior arm strength and the will to throw deep.

The Giants’ moneyline is quite tempting, especially considering the fact they are home dogs.

Bridgewater will likely struggle in his first start with Denver.  Though he had some time to develop chemistry in the preseason, it was abbreviated.  Look for Denver to run the ball with its two-headed monster at running back and also focus on the intermediate passing game.  This offensive gameplan is a recipe for a low-scoring, clock-killing affair in which Denver puts up a couple touchdowns and a field goal.

Shifting to the Giants, the focus is clearly on the team’s weak offensive line, Saquon Barkley’s return to the field and free agent acquisition Kenny Golladay.  Golladay has not had the best start to his Giants career due to a lingering hamstring injury.  The offensive line probably won’t give Jones enough time to hang in the pocket to deliver deep balls so Golladay’s impact on the game might be minimal.

Kadaraius Toney, the team’s much-hyped first round draft pick, is also questionable for the game due to what appears to be a personal situation.   The team’s health concerns along with Barkley’s potential “carry cap” after his knee injury will likely result in a team total of 20 points.  If the G-Men hold the Broncos to 17-20 points, the game will likely end up under the 41.5 point total.