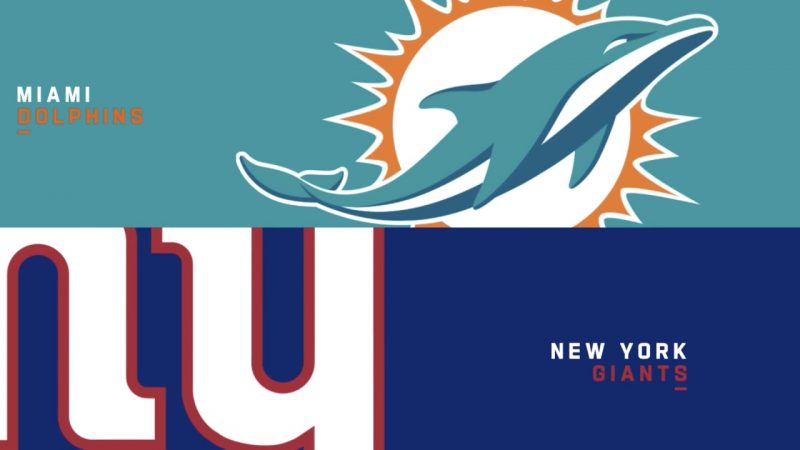 The 2021 NFL season goes on with Week 13 matchups, including the interconference battle at Hard Rock Stadium in Miami on Sunday, December 5, so we have prepared the best Giants vs. Dolphins betting pick and odds.

The Giants search for their fifth straight victory over the Phins, opening as 4-point road underdogs on DraftKings Sportsbook. Miami is a -195 moneyline fave with a total of 41.0 points, so let’s take a closer look.

Despite their poor record, the New York Giants (4-7; 6-5 ATS) are still alive in the playoff chase thanks to a 13-7 home win to the Philadelphia Eagles in Week 12. After a rough 30-10 defeat at Tampa Bay in Week 11, the Giants pulled off an upset as 4-point underdogs, recording their third victory in the last five outings.

New York’s defense was ready to roll last weekend. The Giants picked off Jalen Hurts three times and forced a fumble along the way, but their offense has been awful once again. New York racked up only 70 rushing yards (2.6 per carry), while Daniel Jones completed 19 of his 30 pass attempts for 202 yards and a TD.

Saquon Barkley hasn’t scored in three straight appearances, as the Giants’ offensive line continues to struggle. New York is tallying 18.4 points per game (26th in the NFL) on 317.5 total yards (24th). At least, the Giants have allowed 2 or fewer points in four of their last five games overall.

The Dolphins look for their fifth consecutive W

The Miami Dolphins improved to 5-7 SU and 6-5-1 ATS on the season following a 33-10 dismantling of the Carolina Panthers this past Sunday. They also extended their winning streak to four games, but the Dolphins are still far away from the AFC wild card.

The Phins surpassed a 30-point mark for the first time this season, and Justin Coleman’s two-yard TD return of blocked punt certainly helped. Tua Tagovailoa completed 27 of his 31 passing attempts for 230 yards and a TD, while rookie wideout Jaylen Waddle had nine receptions for 137 yards and a TD.

The Giants have some serious injury worries ahead of this clash. Daniel Jones is questionable with a strained neck, while WR Kadarius Toney (oblique, quad) is doubtful after missing Wednesday’s practice. Hereof, I’m backing the Dolphins to extend their winning streak and, hopefully, cover a 4-point spread.

New York’s offense is in shambles. The Giants could keep it close on the back of their defense, as Miami’s offense has been one-dimensional all season long. Still, the Phins look like a better offensive team than New York, while Miami’s defense has been outstanding over the last few weeks.

I would be surprised if these two teams combine for more than 40 points. Of course, both defenses are capable of scoring, but these two offenses have been terrible all season long.

The Giants’ last five games and four of Miami’s last five contests have produced 41 or fewer points in total. The under is 5-2 in the Phins’ last seven outings, and it is 5-0 in the Giants’ previous five. Also, the under has hit in six of the last eight meetings between the Giants and Dolphins.