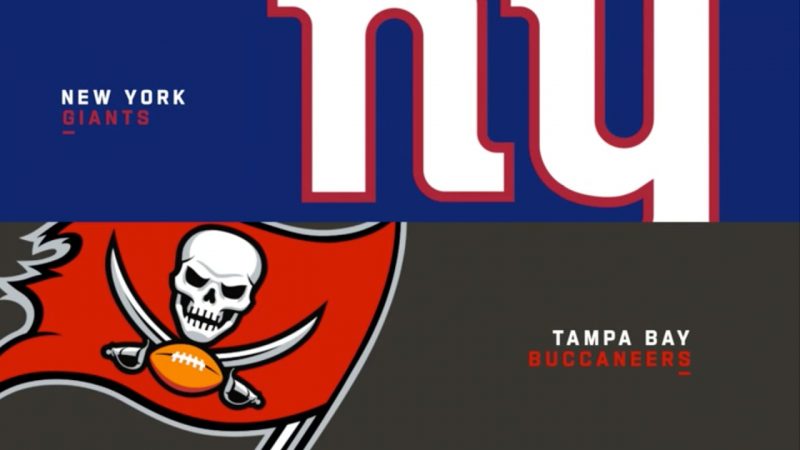 Week 11 of the 2021 NFL season wraps up with Monday Night Football from Raymond James Stadium in Tampa, Florida, so we bring you the best New York Giants vs. Tampa Bay Buccaneers betting pick and odds.

The reigning champs are listed as massive 11.5-point home favorites on Bally Bet Sportsbook. The Giants are +400 moneyline underdogs with a total of 50.0 points, so let’s take a closer look.

New York aims for another upset

The New York Giants (3-6; 5-4 ATS) are coming off a bye, looking to extend their ATS winning streak, as they’ve covered in three straight outings. The Giants have also won two of their previous three games as underdogs, outlasting Carolina 25-3 and Las Vegas 23-16 in front of the home fans.

Back in Week 9, New York beat the Raiders despite a poor offensive display. The Giants gained only 247 total yards, but Xavier McKinney recorded a couple of interceptions and his 41-yard pick-six helped the Giants to overcome a three-point deficit from halftime.

The Giants hope they’ll get back running back Saquon Barkley and left tackle Andrew Thomas for Monday’s clash against Tampa Bay, as both guys practiced on Thursday. New York is scoring only 19.9 points per game (24th in the NFL) on 95.9 rushing yards (25th) and 238.9 passing yards (16th).

The Bucs collapsed at WFT in Week 10

The Tampa Bay Buccaneers sandwiched their bye week with a couple of losses and fell to 6-3 SU and 3-6 ATS on the season. After a 36-27 defeat at New Orleans in Week 8, the reigning champs suffered a 29-19 loss at the Washington Football Team this past Sunday.

The Bucs gained only 273 total yards against WTF, while Tom Brady went 23-of-34 for 220 yards and a couple of touchdowns and interceptions. They failed to control the clock and kept the ball in possession for just 20:52.

Tampa Bay has been without Antonio Brown for a few weeks, and the veteran wideout will probably miss Monday’s clash against the Giants. Ron Gronkowski returned to practice on Wednesday, and his eventual presence in Week 11 would be a huge boost for the Bucs’ offense.

The Buccaneers will play much better than they did last weekend and should stop their two-game slide, but covering an 11.5-point spread might be a tricky task. Their passing defense has struggled all season, so the Giants could keep it close if Daniel Jones takes good care of the ball.

Danny Dimes has turned the ball over twice in the last three games, and he’ll be under huge pressure in this matchup with the Bucs’ terrifying front seven. On the other side, the Bucs will have to deal with the Giants’ defense which has allowed only 39 points over the last three outings, so I lean the underdogs to cover.

The Giants have to bring their best defense if they want to keep it close against the reigning champions on the road. The under is 12-4 in the Giants’ last 16 outings at any location, and five of their previous six games produced fewer than 50 points in total, so I’ll take the under in this one.

Three of the Bucs’ last four games saw 50 or fewer points in total. Tampa Bay will look to learn from its mistakes and control the clock against the Giants, who surrender 122.6 rushing yards per game (22nd in the NFL) and 4.5 per carry (tied-23rd).