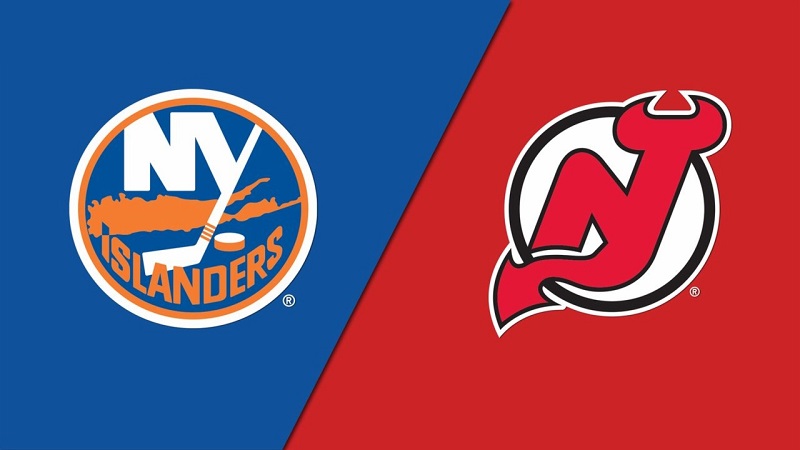 The 2021-22 NHL season goes on with an 11-game Thursday card, so we’re taking a look at the Metropolitan Division showdown from Prudential Center in Newark, New Jersey, to get you the best Islanders vs. Devils betting pick and odds.

These two foes open their four-game regular-season series, and the Islanders have won 11 of their previous 14 encounters with the Devils. According to BetMGM Sportsbook, New York is a -138 moneyline fave, while the totals sit at 5.5 goals.

The Islanders fell apart in Minnesota

The New York Islanders (5-3-2) continue their ridiculous 13-game road trip, hoping to bounce back from a heavy 5-2 defeat at the Minnesota Wild this past Sunday. It was their second loss in the last four outings, as the Islanders blew a 2-1 lead, allowing four unanswered goals in the 3rd period.

New York allowed 39 shots to Minnesota, and Semyon Varlamov had a good night between the pipes, allowing three goals on 37 shots. Varlamov made his season debut, and Ilya Sorokin is expected to return against the Devils.

The New Jersey Devils (6-3-2) are coming off a 7-3 dismantling of the Florida Panthers at home this past Tuesday. It was their second straight victory, as the Devils started a three-game homestand on a high note, upsetting the odds as +125 moneyline dogs.

Andreas Johnsson scored a couple of goals against the Panthers to make it six on the season, while Ty Smith added one goal and a couple of dishes. Mackenzie Blackwood had a big game between the pipes with 35 stops, and he should get another starting call Thursday against the Islanders.

Blackwood missed the first eight games of the new season due to the vaccination process. The Devils are yielding 2.91 goals per game (tied-18th in the league) while tallying 2.91 goals in a return (17th) on a 9.2 shooting percentage (also 17th).

The Devils are certainly fired up following that big win over the Florida Panthers, but they’ll have a tough job to do against the sturdy New York defense. The Islanders are one of the best defensive teams in the league and will look to bounce back from that heavy loss at Minnesota.

New York is 3-0 in its previous three outings following a loss. The Islanders have dominated the Devils as of late, and I’m looking for more of the same Thursday at Prudential Center. The Devils have won just one of their previous seven home tilts against the Islanders.

The Devils have just scored seven goals on the home ice, but they’ve failed to surpass a two-goal line in their previous three outings. Scoring goals against the Islanders is always a tall task, especially when they are coming off a 5-2 defeat.

Hereof, I’m going with the under. It’s a logical choice given the Islanders’ style of play. The under has hit in six of New York’s last eight games and nine of the previous 12 encounters between the Islanders and Devils.