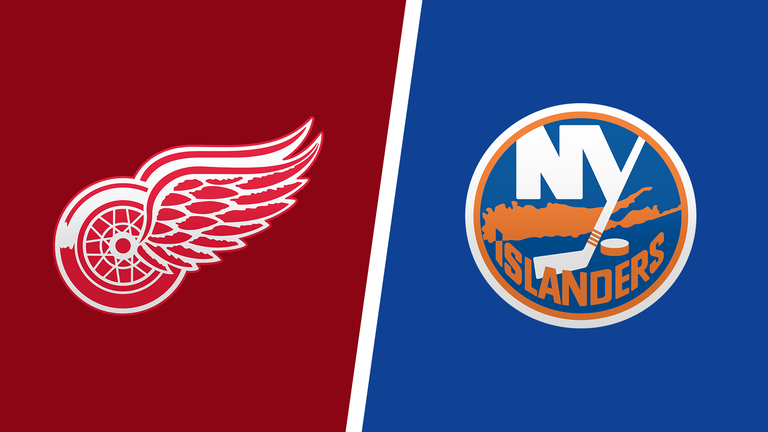 The 2021-22 NHL season continues Thursday, March 24, with ten games around the league, so we’re taking a closer look at the eastern Conference showdown from UBS Arena in Elmont, New York, to get you the best Red Wings vs. Islanders betting pick and odds.

According to Caesars New York Sportsbook, the Red Wings are +173 road underdogs with a total of 5.5 goals. Detroit has a chance to sweep the Islanders regular-season series after beating New York twice at home in December, 4-3 in overtime and 2-1.

The Detroit Red Wings (26-30-7) are coming off a 6-3 victory to the Philadelphia Flyers this past Tuesday. They satisfied the odds as -145 home favorites, tallying their second win in the last three games overall, but the Red Wings have gone only 3-9 over their previous 12 outings at any location.

Jakub Vrana scored twice against the Flyers, while Tyler Bertuzzi found the back of the net once to increase his season tally to 25 goals. Alex Nedeljkovic had a good game between the pipes, finishing with 30 saves to improve to 17-19-6 on the season.

The Islanders shoot for their sixth straight win at home

The New York Islanders (27-25-9) bounced back from a tough 2-1 loss at the lowly Philadelphia Flyers over the weekend, blanking the Ottawa Senators 3-0 as firm -210 home favorites this past Tuesday. It was their sixth victory in the last eight games overall and fifth straight on the home ice, but the Islanders are still trailing the No. 8 seed in the East by huge 17 points.

Semyon Varlamov posted his first shutout of the season on Tuesday. He had 24 saves, improving to 6-12-2 on the season. Varlamov owns a 2.67 GAA and .917 save percentage, while Ilya Sorokin is 21-13-7 with a 2.30 GAA and .927 save percentage. Sorokin has recorded six shutouts so far this season.

The Islanders allow only 2.62 goals per game (5th in the NHL), but they score just 2.69 in a return (24th). New York leans on its defense, posting the sixth-best penalty-killing percentage in the NHL (83.1%). The Islanders rank fourth in the league in power-play goals against (25).

Both Detroit and New York will almost certainly miss the postseason. It’s tough to bet on games like this one, but I lean the hosts because of their good recent form. The Islanders are riding a five-game win streak at UBS Arena and should be fired up to avoid a sweep in the Red Wings series.

New York has allowed only five goals in its last four outings at any location. Detroit is pretty unpredictable on the offensive side of things, but the Red Wings’ defense has been awful for most of the 2021-22 season.

Three of the Islanders’ last four games have gone under the total, but the over is 12-7-1 in their previous 20 contests overall. On the other side, the over is 12-4-1 in the Red Wings’ last 17 games overall and 4-1 in their last five encounters with the Eastern Conference.

The totals are a tricky wager, as New York could easily shut down Detroit, but the Red Wings’ defense could also surrender a bunch of goals. Over their last eight showings, the Red Wings have yielded a whopping 41 goals.