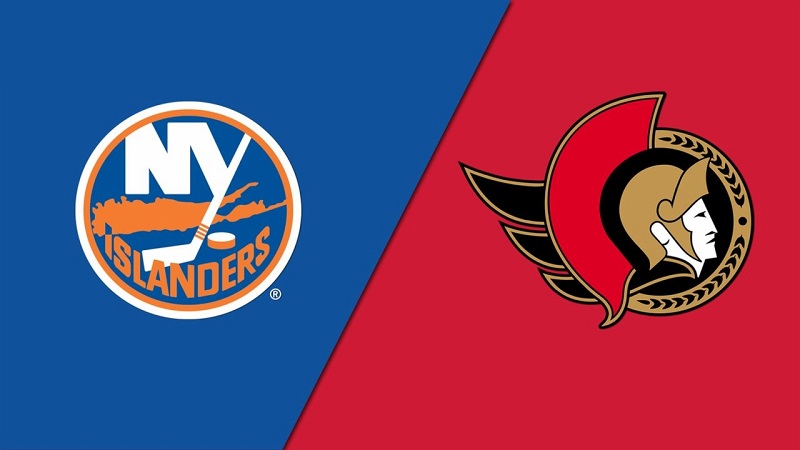 The NHL betting action continues Tuesday night with the Eastern Conference showdown at Canadian Tire Centre in Ottawa, so we bring you the best Islanders vs. Senators betting pick along with the latest odds update on BetMGM Sportsbook.

New York meets Ottawa for the first time since March 2020, and the Islanders have won eight of their last ten encounters with the Senators. The Islanders opened as -130 road favorites for Tuesday’s date, while the Sens are +110 moneyline dogs with a total of 5.5 goals.

The Islanders are winless since November 6

The New York Islanders are on an 11-game losing streak following a 3-2 shootout defeat to the Chicago Blackhawks this past Sunday. They’ve earned a point for the third straight outing, but the Islanders are still sitting bottom of the Metropolitan Division.

New York forced overtime against Chicago thanks to Noah Dobson’s first goal of the season with just four seconds left on the clock in the 3rd period. However, the Islanders couldn’t find the back of the net in a shootout.

Semyon Varlamov patrolled the crease last Sunday and fell to 0-4-1 on the season, so we should see Ilya Sorokin back between the pipes against Ottawa. Sorokin is 5-6-4 with a 2.49 GAA and a .925 save percentage.

The Senators outlasted Colorado on Saturday for their second straight W

The Ottawa Senators will play the Islanders on the second day of a back-to-back set. They visited New Jersey on Monday night, and that clash has been excluded from the analysis. The Sens were searching for their third straight victory after beating Carolina 3-2 and Colorado 6-5 in overtime over their previous two outings.

Ottawa outlasted the Avalanche as a huge +180 home underdog this past Saturday. The Sens outshot their rivals 34-31, and Brady Tkachuk led the charge with a couple of goals, including the game-winner 51 seconds into overtime.

Both New York and Ottawa have had some serious COVID-19 issues over the last few weeks. Hereof, it’s hard to predict the winner, as a bunch of guys has just returned to the ice. I’ll go with the Islanders, who are desperate to snap their ugly losing streak, but this clash could easily go either way.

The Sens have been terrific in those two wins over Carolina and Colorado, playing as huge underdogs on both occasions. They will have to deal with fatigue in this one, and the back end of a back-to-back set might be a tough spot for the Sens at the moment.

New York will have to slow down things in this one, so I’m backing the under. Five of the Islanders’ last six games have produced fewer than six goals in total.