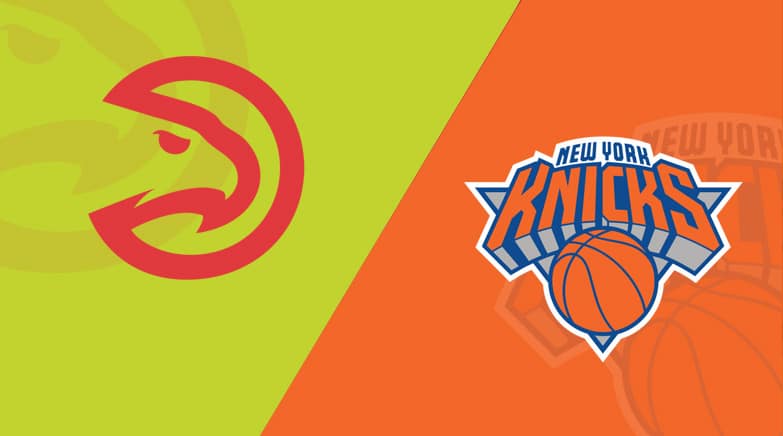 Week 22 of the 2021-22 NBA season tips off Tuesday, March 22, so we’re taking a closer look at the Eastern Conference showdown at Madison Square Garden in New York City, New York, to get you the best Hawks vs. Knicks betting pick and odds.

This is the final contest between these teams. New York has won the first three meetings, including a 117-108 victory on January 15, so it is a little surprising that Atlanta comes in as a two-point favorite with the total set at 225.0 on Bet MGM NY

The Atlanta Hawks dropped to 35-36, going 29-42-0 ATS this season following a 117-112 loss to the New Orleans Pelicans on Sunday. The loss moved Atlanta to 4-4 in their last eight games. The Hawks are 1-8 ATS in their last nine contests.

Atlanta got off to a rough start in the loss to New Orleans, falling behind 35-18 in the first quarter and never being able to rebound. The Hawks did put together a surge in the final quarter, pulling within five before falling. Trae Young had a big night for Atlanta, recording a double-double with 21 points and 10 assists. He also added five rebounds. Young was 3-5 from three-point range, but Atlanta finished 10-32 (31.3%) overall.

Knicks Fall at Home to Jazz

The Knicks struggled in this contest, hitting just 37.3% of their shots. Surprisingly, the team was better from three-point range (40.0%) than from any other place on the court. RJ Barrett led the team with 24 points and added seven rebounds. New York went 15-21 (71.4%) from the free-throw line.

Neither team seems to have much of an edge in this contest, but one area where New York is the decided favorite is that they have handled Atlanta this season. Not only are the Knicks 3-0 against the Hawks, but have won each of the three games by at least nine points.

Atlanta is one of the best scoring teams in the NBA, but New York thrives off their defense. The Knicks have held their last four opponents to 110 points or fewer, including holding to under 100 points. Atlanta has gone under in six of their last eight games. These teams have gone under in six of the last eight meetings, including the last four in New York.

These teams combined for 225 points the last time they met, but have been held under 200 in each of the previous four meetings and have not gone above 225 since April 21, 2021, a span of nine contests.