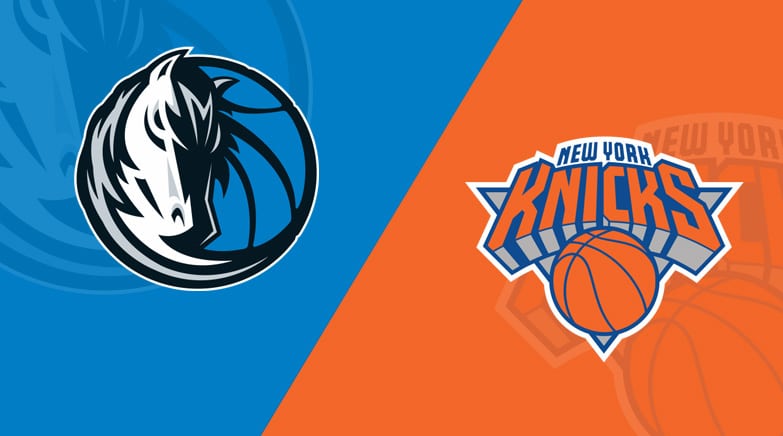 The 2021-22 NBA season goes on Wednesday, January 12, with nine games around the league, including the interconference showdown from Madison Square Garden in New York, so we have prepared the best Mavericks vs. Knicks betting pick and odds.

Dallas and New York start their two-game regular-season series, and the Mavericks are listed as small favorites on FanDuel Sportsbook. Last season, they split a two-game set, while the Knicks have won four of their previous six encounters with the Mavs.

The Mavericks aim for their seventh straight W

The Dallas Mavericks improved to 22-18 SU and 21-19 ATS on the season following a nice 113-99 victory to the Chicago Bulls this past Sunday. It was their sixth win on the spin, as the Mavs easily covered a 2-point spread for their fourth consecutive ATS victory.

Dallas shot 50.0% from the field and 44.4% from beyond the arc. The Mavs outrebounded the Bulls 48-39 while handing out 28 assists, so they fully deserved a victory over the No. 1 seed in the Eastern Conference. Luka Doncic led the way with 22 points, 14 rebounds, and 14 assists, while Maxi Kleber and Josh Green added 18 points each.

The Mavs sit at the fifth spot of the Western Conference standings, five games behind the fourth-seeded Memphis Grizzlies. They score 109.9 points per 100 possessions (16th in the NBA) and surrender 107.4 in a return (5th).

The Knicks won three of their last four games

The New York Knicks (20-21; 19-22 ATS) are coming off a 111-96 victory to the San Antonio Spurs this past Monday. It was their third victory in the last four outings and sixth over their previous nine showings at any location, as New York covered a 6.5-point spread in front of the home fans.

The Knicks made 48.8% of their field goals and 40.6% of their 3-pointers against the Spurs. R.J. Barrett led the way for New York with 31 points on 12-of-20 shooting from the field, while Mitchell Robinson posted 13 points, 11 rebounds, and four blocks.

New York is now sitting at the 11th spot of the Eastern Conference standings, trailing the eighth-seeded Charlotte Hornets by a couple of games. The Knicks are tallying 108.8 points per 100 possessions (tied-22nd in the NBA) while yielding 109.7 in a return (18th).

Luka Doncic is finally healthy, but Kristaps Porzingis is in the medical protocols and won’t suit up Wednesday at Madison Square Garden. That’s a huge opportunity for the Knicks, who could miss Kemba Walker (knee) and Nerlens Noel (COVID-19).

The Mavs are also without Boban Marjanovic, so the Knicks’ frontcourt should make all the difference in this matchup. I’m expecting Julius Randle to dominate the Mavericks. Interestingly, he hasn’t topped the Knicks’ scoring chart over their last eight showings. New York has played well as of late, going 6-3 SU and ATS in its last nine games overall.

Hereof, we cannot expect a high-scoring affair. Five of Dallas’ last seven contests have produced 202 or fewer points in total. On the other side, the Knicks have kept their rivals below 100 points in four of their previous six outings.