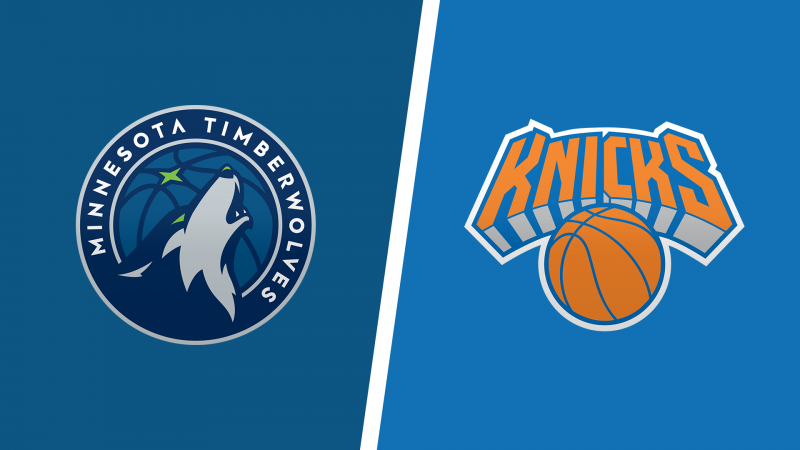 The NBA betting action goes on Tuesday, January 18, 2022 with just two games around the league, including this interconference Conference showdown at Madison Square Garden in New York, so we bring you the best Timberwolves vs. Knicks betting pick along with the latest odds update on BetMGM Sportsbook.

The Minnesota Timberwolves (21-22) enter this contest 5-3 ATS in their last eight games. They earned a victory over Golden State on Sunday, 119-99, snapping a two-game losing streak. That came on the heels of a four-game winning streak.

Minnesota finally has the vast majority of their lineup available, which is good news for a team that has a lot of talent when healthy. That includes the return of D’Angelo Russell, averaging 18.6 points and 7.1 assists per game. Russell had just seven points against Golden State, but played 22 minutes, adding 12 assists. His playmaking skills are critical.

The Warriors like the three-point shot, first in attempts per game at 41.8. However, they are shooting just 34.1% from beyond the arc, 22nd overall. A stat to watch is that this team has been great on the boards, especially on the offensive glass where they are third in offensive rebounds per game at 12.5. Karl-Anthony Towns leads the team at 9.3 rebounds per game and is the leading scorer at 24.6 points per contest.

The New York Knicks saw their three-game winning streak come to an end when they lost to Charlotte on Monday, 97-87. New York is 5-2 ATS in their last seven. The Knicks have been playing strong defensively, holding four of their last five opponents under 100 points.

New York was hurt by their performance at the free-throw line against Charlotte, hitting 11-21. This has been an ongoing problem for this team, as they are 22nd in the NBA in free-throw percentage at 76.0%.

Julius Randle and RJ Barrett led New York in the loss to Charlotte, each scoring 18 points. Barrett added 12 rebounds while Randall added 10, giving each a double-double. The pair have been a powerful force, with Randall averaging 19.1 points and 10.1 rebounds per game while Barrett is averaging 16.9 points and 5.5 boards per contest.

A line had not been set on this contest at the time that this preview was written, but New York is finally starting to play a little bit better at home, winners of four of their last five. It took a strong defensive effort from Charlotte to beat the Knicks at Madison Square Garden, and Minnesota is not nearly as good defensively to be able to repeat that effort.

Minnesota is a team living by the three-point shot, so any struggles will doom this club. Look for Randall and Barrett to lead the way.

No line has been set for this contest either. These teams combined for 184 points in the Knicks victory in December, and a strong defensive effort should be expected here as well. It is true that Minnesota was missing key players at that point, so scoring should be up slightly, but do not expect something over 210.