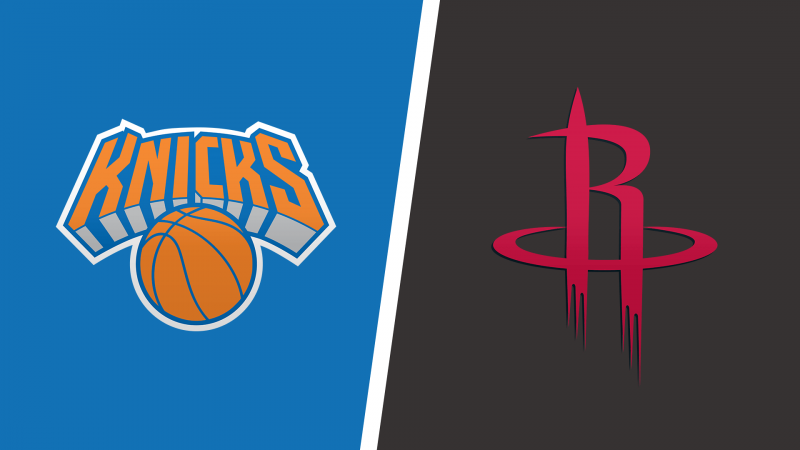 New York and Houston close down their two-game interconference regular-season series, so we bring you the best Knicks vs. Rockets betting pick for Thursday, December 16, 2021, along with the latest odds update on BetMGM Sportsbook.

Back on November 20, the Knicks beat the Rockets 106-99 but failed to cover a huge 11-point spread in front of the home audience. This time around, the Knicks are small road favorites at Toyota Center, searching for their fifth straight victory over Houston.

The Knicks are in big trouble

The New York Knicks fell to 12-16 SU and 11-17 ATS on the season following a 105-96 defeat to the Golden State Warriors this past Tuesday. It was their fourth consecutive straight-up and ATS defeat, as the Knicks continue to struggle on both sides of the ball.

New York has won only one of its previous eight games overall. During that stretch, the Knicks have surpassed a 100-point mark only four times. Over their last four showings, Tom Thibodeau’s boys have averaged just 95.5 points on 39.2% shooting from the field and 32.9% from beyond the arc.

Julius Randle had 31 points against the Warriors, but the rest of the pack didn’t help a lot. Derrick Rose had 15 points and six assists, while Immanuel Quickly and Alec Burks combined for 26 points on a poor 7-of-27 shooting from the field. Both R.J. Barrett and Obi Toppin are in the medical protocols and listed as questionable for Thursday’s game.

The Rockets play without rest

The Houston Rockets finished their three-game road trip Wednesday in Cleveland, searching for their second straight victory. Wednesday night’s games have been excluded from the analysis, and it’s fair to notice that Houston missed Christian Wood due to a knee injury.

Reportedly, Wood has a slim chance to play Thursday against the Knicks. He’s averaged 18.3 points and 11.2 rebounds a night over his last ten games, and the Rockets have recorded eight victories in that stretch.

The Rockets have played very well lately, but they’ll have to deal with fatigue in this matchup with the slumping Knicks. I have to look at New York in this spot. The Knicks desperately need to get things going, and the Rockets will probably miss Christian Wood on the second day of a back-to-back set.

The over is 7-2-1 in the last ten meetings between the Knicks and Rockets. New York has scored 120-plus points in three of its previous four encounters with Houston, and considering the Rockets’ style of play, I would ride the H2H betting trend.

Houston is playing at the fastest pace in the NBA, registering 101.0 possessions per 48 minutes. The Rockets are taking 37.6 attempts from deep per 100 possessions (10th in the league) while averaging a whopping 17.2 turnovers (30th).