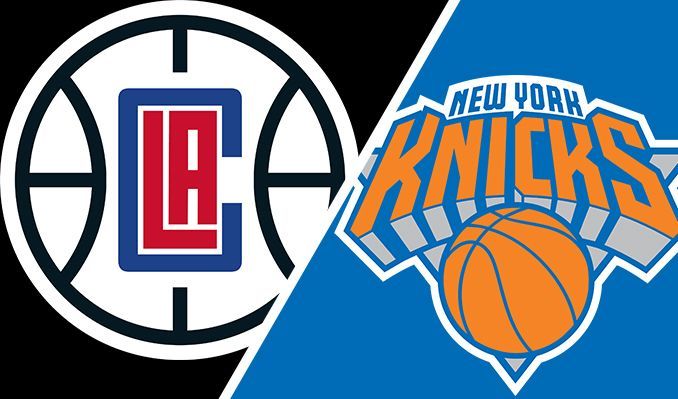 The NBA betting action goes on Sunday, March 6, 2022, with eight games around the Association, including the cross-conference battle at Crypto.com Arena in Los Angeles, so we bring you the best Knicks vs. Clippers betting pick and odds.

These two foes meet for the second and final time in 2021-22, and the hosts opened as firm favorites on Bet MGM. The Clippers seek revenge for a 110-102 defeat at Madison Square Garden on January 23.

The New York Knicks (25-38; 27-36 ATS) are riding a seven-game losing streak following a tough 115-114 defeat at the shorthanded Phoenix Suns this past Friday. They blew a 14-point fourth-quarter lead, allowing Cameron Johnson to hit the game-winning triple off the glass as the time expired.

At least, the Knicks put an end to a six-game ATS losing streak, covering a 6.5-point spread. Julius Randle led the charge with 25 points, seven rebounds, and four assists, but his ejection late in the third quarter affected the outcome enormously.

The Knicks are slowly but surely losing pace in the playoff race. From this point of view, they don’t deserve to be in the playoffs, as the Knicks have dropped 14 of their previous 16 games overall. During that stretch, New York has recorded the sixth-worst defensive rating in the NBA, surrendering 116.1 points per 100 possessions.

The Clippers routed the Lakers for their fifth consecutive W

The Los Angeles Clippers improved to 34-31 straight up and 33-32 ATS on the season following a 132-111 dismantling of the Los Angeles Lakers this past Thursday. They swept a four-game series against their city rivals and extended their winning streak to five games.

LA has gone 7-1 SU and ATS over its past eight games. The surging Clippers sit at the eighth spot of the Western Conference standings, four games off the No. 6 seed and a huge 5.5 games ahead of the ninth-seeded LA Lakers.

If you like to go against the betting trends, this is the right game to get some action. I’ll go with the Clippers because betting against the hapless Knicks has made me some nice wages lately. New York will eventually have to upset the odds, but the Clippers look ready to pile on the Knicks’ misery.

That heart-breaking loss at Phoenix could really destroy the Knicks’ morale. On the other side, the Clippers must be fired up following a big win over the Lakers. Hopefully, the hosts won’t underestimate the slumping Knicks.

The over is 8-1 in the Knicks’ last nine contests even though Tom Thibodeau’s boys are recording only 96.1 possessions per 48 minutes. Simply put, the Knicks’ defense has been a complete disaster as of late. New York has allowed 115 or more points in five of its last six contests.

The Clippers, on the other side, record 98.5 possessions per 48 minutes. Their defensive rating of 108.7 points is the seventh-best in the NBA. The under is 4-2 in the Clippers’ last six games, but their last six home contests have all gone over the total.