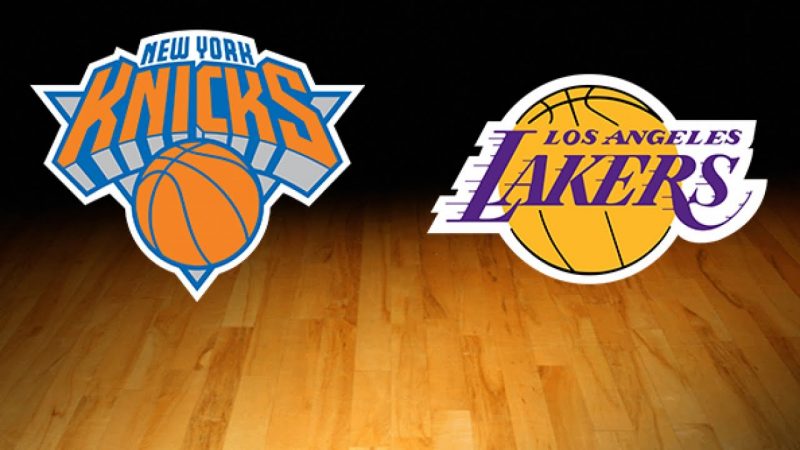 The 2021-22 NBA season goes on Saturday, February 5, with six games around the league, so we are taking a closer look at the interconference showdown from Crypto.com Arena in Los Angeles to get you the best Knicks vs. Lakers betting pick along with the latest odds update on FanDuel Sportsbook.

New York and Los Angeles wrap up their two-game regular set. Back in November, the Knicks beat the Lakers 106-100 as 4.5-point home favorites, covering for the sixth time in their last six head-to-head duels.

The New York Knicks (24-28; 25-27 ATS) have struggled a lot over the last few weeks. They’ve gone only 2-7 straight up and 4-5 ATS in the last nine games overall. Last Wednesday, the Knicks wrapped up their two-game homestand with a 120-108 defeat to the Memphis Grizzlies, playing as 4.5-point underdogs.

R.J. Barrett has been the Knicks’ best player as of late. He’s averaged 22.3 points and 6.1 rebounds through his last 12 appearances. The Knicks need more from Julius Randle, who’s recorded 16.4 points per game over his last ten games.

The Lakers miss LeBron a lot

The Los Angeles Lakers (25-28; 23-30 ATS) are coming off a tough 111-110 defeat at the LA Clippers this past Thursday. Playing on the second day of a back-to-back set and without LeBron James, the Lakers covered a 3.5-point spread, but that was their fourth loss in the last five outings.

Los Angeles couldn’t count on their best player during that five-game stretch. LeBron is on the shelf with a knee injury and will remain there for Saturday’s clash against the Knicks. James has been ridiculously good lately, averaging 32.5 points and 9.2 rebounds per game over his last 18 appearances.

Carmelo Anthony played only 11 minutes in the Clippers game due to a hamstring injury. He’s listed as questionable for Saturday’s contest, so the Lakers might be pretty short-handed on the wing. Anthony Davis, who’s scored 30 points in each of his last two apps, will continue to lead the way for the injury-depleted Lakers.

With both New York and Los Angeles playing in a poor form, it’s hard to predict the outcome. The Knicks are pretty much healthy, while the Lakers miss LeBron, so I lean the visitors to cover. Frankly, this game could easily go either way, and I would stick with the totals.

It’s hard to trust the LeBron-less Lakers team. They’ve struggled offensively even with James in the lineup, and the Knicks should have enough defensive firepower to slow down Anthony Davis. We should see a tight, hard-fought battle, so go with any team to win by five or fewer points if you want to take a risk.

The hosts shouldn’t be able to play as fast as they want, and LeBron’s absence won’t help, for sure. The Knicks have allowed 120 points last time out, so I’m expecting a much better performance Saturday against the short-handed Lakers. New York ranks 11th in defensive efficiency (109.6 points allowed per 100 possessions), while Los Angeles is 15th in the league (110.2).