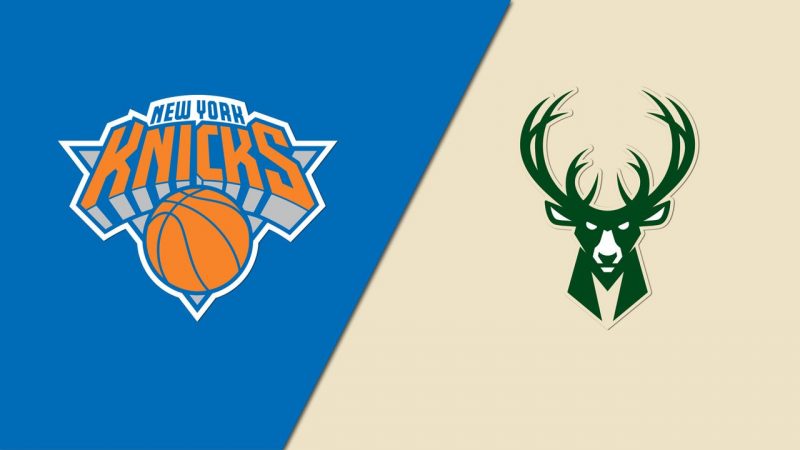 The 2021-22 NBA season continues with a loaded 11-game Friday card, so we are taking a closer look at the Eastern Conference showdown at Fiserv Forum in Milwaukee, Wisconsin, to get you the best Knicks vs. Bucks betting pick and odds.

New York and Milwaukee wrap up their four-game regular-season series. The Bucks have gone 2-1 SU and ATS over their previous three meetings with the Knicks, while the under has hit on all three occasions. According to DraftKings Sportsbook, Milwaukee is a firm 10-point fave with a total of 216.0 points this time around.

The Knicks lost five of their last six games

The New York Knicks fell to 23-26 straight up and 24-25 ATS following a 110-96 defeat at the Miami Heat this past Wednesday. It was their fifth loss in the last six outings, as the Knicks failed to surpass a 100-point mark for the fourth time in that span.

New York trailed at FTX Arena for all 48 minutes and by as many as 30 points. The Knicks shot only 42.2% from the field and 34.1% from beyond the arc, while their starting lineup combined for only 49 points.

Kemba Walker played just 19 minutes against Miami, finishing with seven points on 2-for-8 shooting from the field and nothing else. R.J. Barrett had 17 points and a couple of dishes, while Obi Toppin added 18 points off the bench. The Knicks are still without Derrick Rose (ankle), and Nerlens Noel is doubtful to play Friday due to an ankle injury.

The Bucks shoot for their fourth straight home win

The Milwaukee Bucks (30-20; 21-29 ATS) are coming off a 115-99 defeat at the Cleveland Cavaliers this past Wednesday. They put an end to a three-game winning streak, making only 28.1% of their 3-pointers against one of the best defensive teams in the league.

The Bucks miss Brook Lopez (back), Grayson Allen (hip), and Wesley Matthews (knee), but all their key players are ready to go. Milwaukee owns the seventh-highest offensive rating in the NBA, tallying 112.1 points per 100 possessions. The Bucks rank seventh in the league in 3-point percentage (36.1%).

The Bucks haven’t been at their best lately, dropping seven of their previous 12 games overall. Still, they are undefeated in three straight showings at home, while the Knicks have struggled mightily over the previous ten days. Hereof, I’m going with the Bucks to extend their home streak and cover a double-digit spread.

Milwaukee is 5-2 ATS in its previous seven showings as a double-digit fave. The Bucks have defeated the Knicks by 12 or more points in each of their previous two encounters, so I’m looking for more of the same in this clash.

As I’ve mentioned, the Knicks have scored more than 99 points only twice in their last six outings. New York owns the fourth-lowest offensive rating in the NBA, averaging 103.8 points per 100 possessions. On the other side of the ball, the Knicks allow 109.4 points per 100 possessions (tied-11th in the league), so I’m going with the under when they take on the Bucks this Friday.