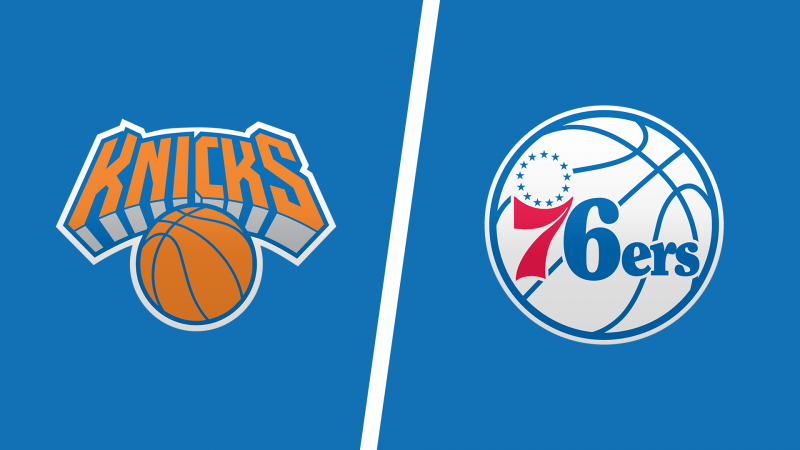 New York and Philadelphia wrap up their four-game regular-season series Wednesday, March 2, 2022, so we are taking a closer look at their Atlantic Division battle from Wells Fargo Center in Philadelphia to get you the best Knicks vs. 76ers betting pick and odds.

The Knicks and Sixers lock horns for the second time in just four days. After a couple of losses to the Knicks earlier in the season, the 76ers smashed New York 125-109 as 7.5-point road favorites this past Sunday. According to BetMGM NY Sportsbook, Philadelphia is a double-digit fave for Wednesday’s game.

The New York Knicks fell to 25-36 straight up and 26-35 ATS on the season following that home loss to the 76ers. It was their fifth defeat in a row and 15th in their previous 18 outings at ay location, as the Knicks are slowly but surely losing the pace in the playoff race.

New York had an awful fourth quarter last Sunday and got outscored by the 76ers 34-20. The Knicks accounted for a paltry four points through the final seven minutes of the second half. R.J. Barrett finished the game with 24 points, six assists, and five rebounds, while Julius Randle had 16 points, 10 boards, and seven assists. Randle has made just six of his 28 field-goal attempts over his past two games.

The Knicks have gone 1-9 SU and ATS in their last ten games overall. During that span, New York has allowed 116.5 points per 100 possessions, posting the fifth-worst defensive rating in the NBA.

The 76ers aim for their fourth straight victory

The Philadelphia 76ers improved to 37-23 SU and 31-29 ATS following that comfortable win at Madison Square Garden in NYC this past Sunday. The Sixers extended their winning streak to three games, covering the spread for the third straight outings as well.

Joel Embiid tortured the Knicks for 37 points, nine rebounds, and four blocks. He took a whopping 27 free throws and made 23 of them. James Harden had a big game, too, finishing with a triple-double of 29 points, 16 dishes, and 10 rebounds.

The 76ers are topping the Atlantic Division, two and a half games ahead of the Boston Celtics. They are No. 3 seed in the Eastern Conference, three games off the top-seeded Miami Heat. The Sixers have gone 5-1 SU and 4-2 ATS over their last six games overall.

Joel Embiid should dominate the Knicks once more. He destroyed Mitchell Robinson last Sunday, and the Knicks’ talented big man fouled out in just 17 minutes on the floor. Covering a double-digit spread is never an easy task, but the Sixers shouldn’t have too many problems beating the Knicks, who have struggled mightily as of late.

New York has gone 2-10 SU and 3-9 ATS in its last 12 contests on the road. Also, the Knicks have failed to cover in their last two showings as double-digit underdogs. I doubt their chances to keep it close at Wells Fargo Center.

The Knicks’ only chance to upset the odds in this matchup is to play tough defense for all 48 minutes and hope for the best. I’ve mentioned how bad their defense has been in the last few weeks, and the over has hit in six of the Knicks’ previous seven outings at any location.

On the other side, the over is 4-1 in Philadelphia’s last five contests. I’m going against the betting trends, as both Phila and New York prefer to play at a slow pace. The Knicks average 96.0 possessions per 48 minutes (28th in the NBA), while the Sixers tally 96.1 (27th).