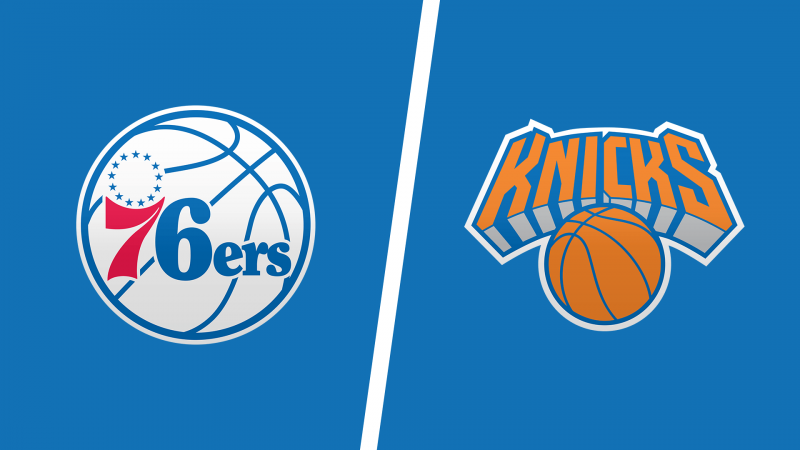 Week 18 of the 2021-22 NBA season wraps up Sunday, February 27, so we are taking a closer look at the Atlantic Division battle from Madison Square Garden in New York City to get you the best 76ers vs. Knicks betting pick and odds.

Philadelphia and New York continue their four-game regular-season series with Game 3, and the Knicks have beaten the 76ers in their previous two meetings. The Sixers are firm 6.5-point road favorites for Sunday’s contest, while the totals are listed at 216.0 points on BetMGM NY Sportsbook.

The Philadelphia 76ers improved to 36-23 straight up and 30-29 ATS on the season following a 133-102 dismantling of the Minnesota Timberwolves this past Friday. Playing as 2.5-point road favorites at Target Center in Minneapolis, the Sixers dominated their rivals on the back of their new superstar duo.

Joel Embiid tortured Karl-Anthony Towns in the paint, finishing with 34 points and 10 rebounds, while James Harden amassed 27 points, eight boards, and 12 assists in his first game with the 76ers. Phila enjoyed a wonderful shooting night, going 19-for-39 from beyond the 3-point line (48.7%).

Embiid has been a dominant force for the Sixers all season. He’s averaged 32.0 points, 12.8 boards, and 4.9 assists over his past ten outings. The 76ers have won four of their previous five contests, tallying 111.4 points per 100 possessions in the process and surrendering 109.8 in a return.

The Knicks are in shambles

The New York Knicks fell to 25-35 SU and 26-34 ATS on the season following a 115-100 home loss to the Miami Heat this past Friday. It was their fourth consecutive straight-up and ATS defeat, as the Knicks failed to cover a 6-point spread at The Garden.

R.J. Barrett accounted for career-high 46 points, but he couldn’t beat the Heat on his own. Julius Randle made only two of his 15 field-goal attempts, finishing with 11 points, eight rebounds, and eight assists, while the Knicks’ second unit combined for just 18 points. New York shot only 40.0% from the field and committed 18 turnovers.

The Knicks are now three and a half games off the No. 10 seed in the Eastern Conference. They’ve gone only 1-8 SU and ATS over their last nine outings at any location. In its previous four contests, New York has scored 105.9 points per 100 possessions (27th in the NBA).

The 76ers must be fired up to get revenge for a couple of losses to the Knicks earlier in the season. Interestingly, Philadelphia has won 15 of its last 17 encounters with New York, and I’m expecting the 76ers to easily outlast the Knicks in this one.

New York will have a mountain to climb. The Knicks’ injury-depleted backcourt will struggle to cope with James Harden and Tyrese Maxey, while Joel Embiid should torture New York in the paint.

Both teams love to take things slowly, so the totals look like a tricky bet. I’ll ride those betting trends, expecting Joel Embiid and James Harden to torture the Knicks’ defense. On the other hand, New York could easily struggle to hit a 100-point mark in this matchup. The Knicks lean on their 3-point shooting, and the 76ers’ D ranks fifth in the league in 3-point percentage (33.7%).