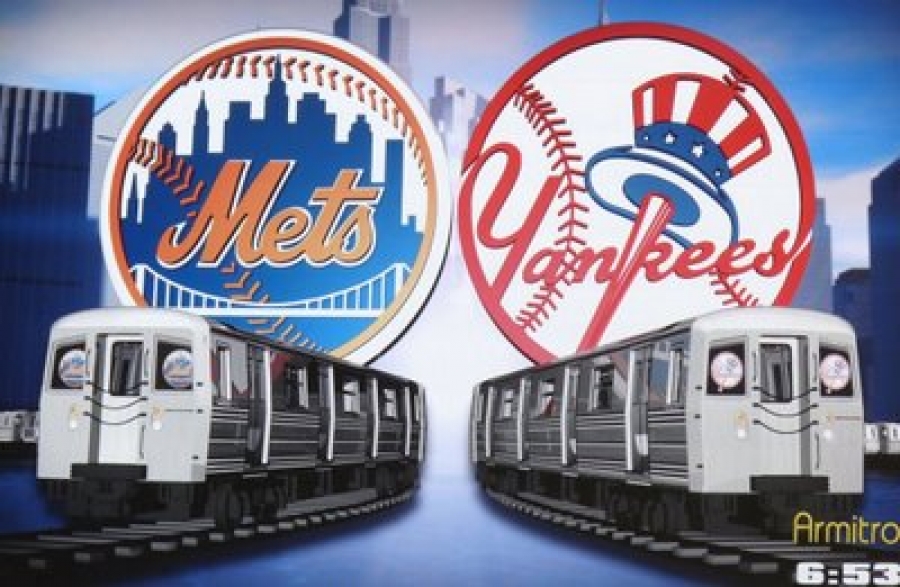 The New York Yankees and New York Mets just might be on a collision course for the World Series.  Both squads added superstar sluggers at the trade deadline, prompting some baseball experts to predict one or both teams will make it to the World Series this fall.

The Mets Will Look Amazing

Some baseball insiders insisted Javier Baez would not be dealt after his heroic home run off Reds’ pitcher Amir Garrett last week.  However, the Cubs decided this was the right time to move on from the star shortstop, shipping him to the Mets for prospect Pete Crow-Armstrong.  Baez will fill in for Francisco Lindor who is currently battling a strained oblique.  Lindor might not be back on the field until late August.   Lindor and Baez played against one another while in high school.  In fact, the two shortstops were drafted back-to-back one decade ago.

The Yankees are the big Winners of the Trade Deadline

The New York Yankees added two lefthanded power hitters to their lineup at the trade deadline in Joey Gallo and Anthony Rizzo.  Both lefties should post career numbers as they launch moonshots over the short right field fence in Yankee stadium.

The Yankees were in desperate need of lefthanded power hitting and speed on the basepaths.  Though the Bombers’ GM Brian Cashman added considerable pop to his lineup, he failed to add speed. The Yankees will rely on the long ball rather than small ball for wins down the stretch.

It is also interesting that neither team added an elite bullpen arm in spite of the fact that several were available.  The Cubs dealt yet another star in Craig Kimbrel, shipping him to the Chicago White Sox.  Kimbrel would have been the perfect addition to the Yankees’ bullpen.

Is a Subway Series Likely?

The Mets and Yankees squared off in a subway series back in 2001, with the Yankees prevailing.  Though the Yankees are still a relative long shot to win the crown, the Mets have a good chance to represent the National League in the World Series as long as ace Jacob deGrom is healthy once September rolls around.  It is worth noting the two teams played three games against one another earlier this season with the Mets winning two of those games.