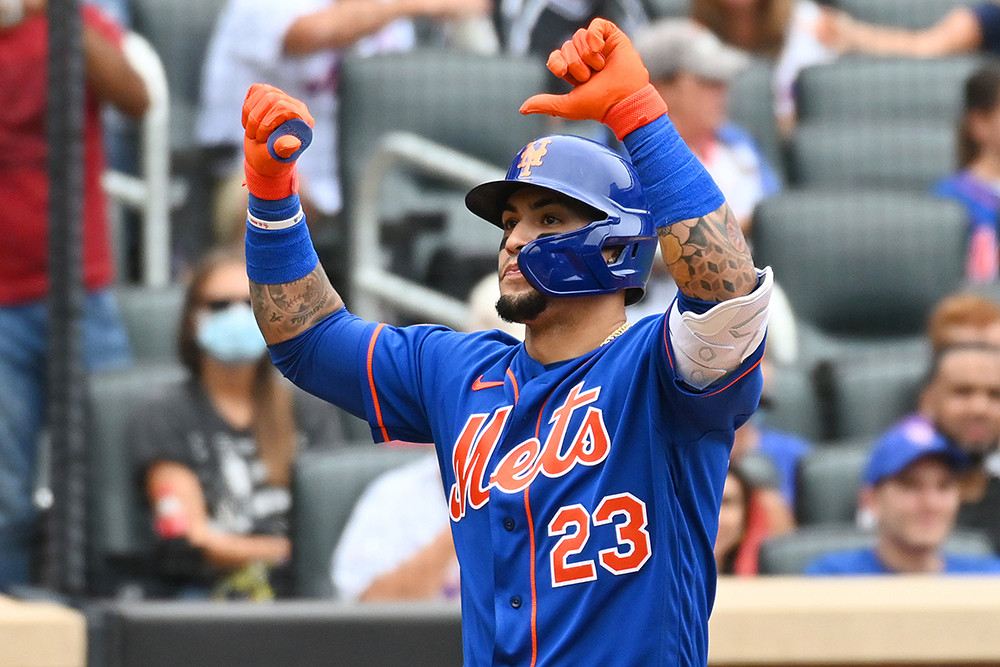 Mets’ Stars Give the Team’s Fans the Thumbs Down

Mets fans, we have hit rock bottom.  The team now has a 3% chance to make the National League playoffs.  Mets’ superstars Javy Baez and Francisco Lindor poured some salt in fans’ wounds by giving them the thumbs down during Sunday’s game.  The middle infielders signaled thumbs down after hitting home runs and doubles, supposedly to make the fans feel how the sluggers feel when booed.  Baez’s postgame explanation for the downward motion wasn’t exactly eloquent, leaving many Mets fans scratching their heads as to what, exactly, is going on.

Baez won a championship with the Cubs yet he has struggled in New York.  Baez clearly won’t be back after this season considering the fact that he is more than willing to give the team’s fans the thumbs down.  As a Met, Baez is batting .207 with three home runs and a mere five runs batted in across 16 games.  Most of those games have been losses. The Mets have fallen out of the playoff mix as we head into the final month of the season.  All in all, the Mets are 9 and 20 since the trade deadline.

Alderson Responds to the Controversy

Team president Sandy Alderson made a public statement Sunday night in response to his star players’ visible protest of the negative fans.  Alderson stated such gestures are unacceptable.  He went on to state the Mets’ franchise will not tolerate similar gestures or comments moving forward.  However, it remains to be seen if the team will sit Baez.

Lindor his here to stay after inking his mammoth free agent contract this offseason.  Kevin Pillar, another Met who is having a disappointing year, also gestured a thumbs down signal to the fans after notching a base hit.

Mets’ manager Steve Cohen stated the players involved in the controversy are young and “…forget they are on a public stage.”  Luis Rojas, the team’s manager, stated he hasn’t spoken to Baez much about the gesture and is still getting to know the new middle infielder.  Rojas went on to say the team’s fans have every right to boo.

The Mets’ Season is Coming to an Unfortunate End

The “thumbs down” debacle marks the symbolic end of the Mets’ season.  With less than a 5% chance of making the playoffs, the Mets will soon shift their attention to the 2022 season.  At the moment, the Dodgers are heavy favorites to win the National League at +125.  The team next most likely to win the NL pennant is the Giants at +290, followed by the Brewers at +350.

The Giants add Offensive Lineman Billy Price. Will It be Enough?