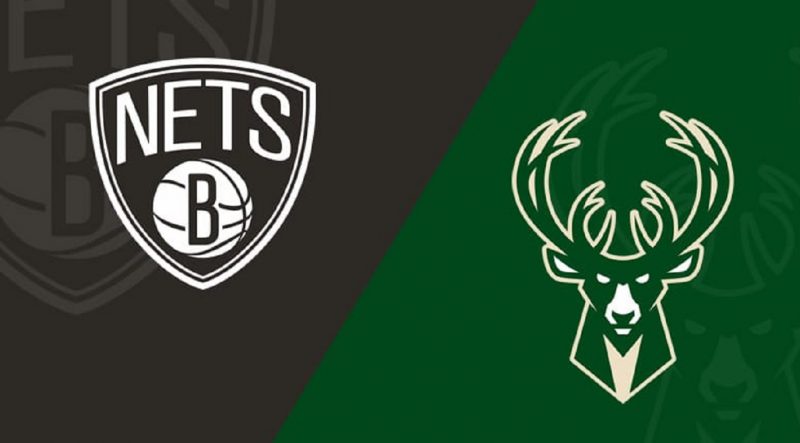 The 2021-22 NBA season continues Saturday, February 26, with the Eastern Conference battle at Fiserv Forum in Milwaukee, Wisconsin, so we have prepared the best Nets vs. Bucks betting pick along with the latest odds update on Bally Bet NY Sportsbook.

Brooklyn takes on Milwaukee for the third time this season, and the Bucks search for their fifth consecutive victory over the Nets. Milwaukee is listed as a firm 9.5-point home favorite, while the totals sit at 234.0 points.

The Nets lost two straight, got hammered by Boston

The Brooklyn Nets fell to 31-29 straight up and 22-36-2 ATS on the season following a 129-106 defeat to the Boston Celtics this past Thursday. It was their second loss in a row and 13th in the Nets’ previous 15 games overall.

Brooklyn didn’t stand a chance against the in-form Celtics, allowing them to shoot 54.1% from the field. On the other side, the Nets made only 41.5% of their field goals and 24.1% of their triples (7-for-29). Seth Curry accounted for 22 points on 10-for-19 shooting from the field, while Bruce Brown posted a line of 15 points, seven rebounds, five assists, and three steals.

Brooklyn is now the No. 8 seed in the Eastern Conference. The Nets are without Kevin Durant (knee), Joe Harris (ankle), Ben Simmons (conditioning), and Goran Dragic (conditioning), so it’s not strange they continue to struggle on both sides of the ball.

The Bucks dropped three of their last four contests

The Milwaukee Bucks welcome the Nets in their first outing following an All-Star break. They are coming off a 123-120 loss to the Philadelphia 76ers on February 17. It was their third defeat in the last four contests overall, and the Bucks have failed to cover during that span.

Milwaukee allowed Joel Embiid to score 42 points on 14-for-21 shooting from the field. The Bucks shot only 44.2% from the field and 31.8% from beyond the 3-point line, while Giannis Antetokounmpo amassed 32 points, 11 rebounds, nine assists, and three steals.

Antetokounmpo has been a dominant force over his last ten appearances, averaging 33.4 points, 11.3 boards, and 6.4 assists per game. The Bucks are tied with the Sixers for the No. 3 seed in the East. They’ll miss George Hill (neck) and Pat Connaughton (hand) Saturday against the Nets, while Grayson Allen (hip) and DeAndre’ Bembry (thumb) are listed as questionable.

The Bucks shouldn’t have too many problems beating the injury-depleted Nets. Milwaukee has some injury problems as well, but the Nets miss their best player a lot. Kevin Durant has missed the last 18 games, and the Nets have gone 4-14 SU and 6-11-1 ATS in that stretch.

Milwaukee has dominated Brooklyn as of late. The Bucks have gone 4-0 straight up and ATS in their previous four meetings with the Nets. Seven of Brooklyn’s last nine defeats have come by ten or more points.

The total has gone over in the Bucks’ previous seven games overall. Also, seven of the Nets’ last eight contests have gone over the total, so I’ll ride these betting trends even though the short-handed Nets could struggle to score.