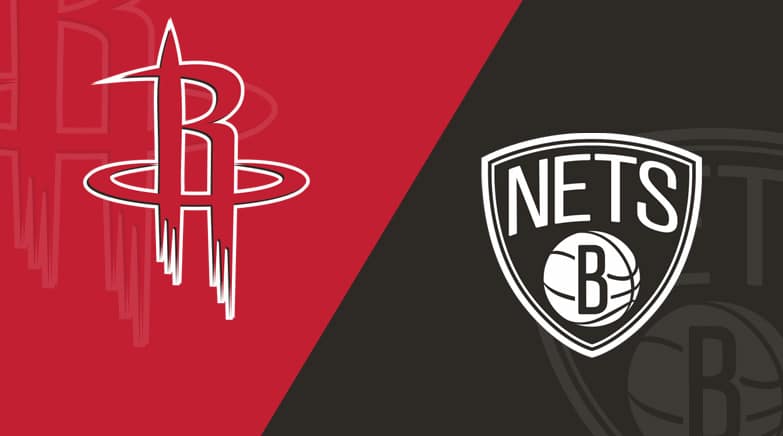 The ultimate week of the 2021-22 NBA season tips off Tuesday, April 4, 2022, with a loaded 12-game card, so we are taking a closer look at the interconference showdown from Barclays Center in Brooklyn, New York, to get you the best Rockets vs. Nets betting pick.

Houston and Brooklyn wrap up their two-game regular-season set. Back in December, the Rockets defeated the Nets 114-104 as 3.5-point home underdogs. This time around, Houston is a massive 17.5-point road dog, while the totals sit at 243.0 points on Caesars NY Sportsbook.

The Rockets executed their offense very well against the T-Wolves. They shot 56.5% from the field and 40.0% from beyond the arc but couldn’t make stops all night long. Rookie guard Jalen Green led the way for Houston, accounting for 31 points and five assists, while fellow rookie G Josh Christopher added 30 points off the bench.

The Nets desperately need a win

The Brooklyn Nets (40-38; 30-45-3 ATS) are coming off a tough 122-115 defeat at the Atlanta Hawks this past Saturday. Playing as small two-point road favorites, the Nets recorded their second straight loss and fourth in their last six games overall.

Kevin Durant went off for a career-high 55 points, but it wasn’t enough against the resilient Hawks, who turned the ball over only seven times. Kyrie Irving scored 31 points on a terrible 12-for-32 shooting from the field, while Patty Mills finished scoreless.

Now, the Nets are tied with the Charlotte Hornets for the No. 9 seed in the Eastern Conference. With four games to play, they trail the eighth-seeded Atlanta Hawks by one game.

I’m pretty sure the Nets will win this battle, but covering an enormous 17.5-point spread might be a problem if the Rockets put on a fight. Houston is missing Christian Wood, Eric Gordon, and Dennis Schroder due to injuries. Brooklyn, on the other side, cannot count on Ben Simmons, Joe Harris, and Goran Dragic, while both Seth Curry and James Johnson are listed as questionable.

The Rockets have dropped four straight contests, but none of those losses have come by more than seven points. The Nets have covered only twice in their previous 20 outings on the home court. Kevin Durant will torture the Rockets, but the Nets’ defense doesn’t look good. Brooklyn has allowed 114.3 points per 100 possessions in its last six contests.

The total has gone over in the Rockets’ last four outings. On the other side, the under is 4-1 in the Nets’ previous five games overall. The betting trends don’t help a lot, so I’ll take the over because both teams prefer to push the ball in transition.