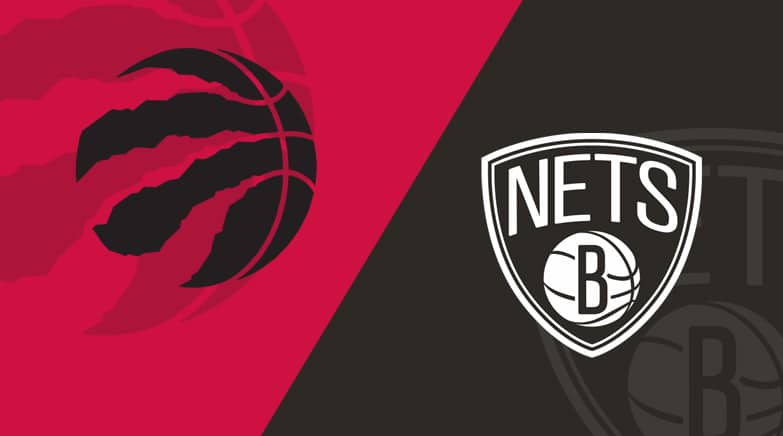 The NBA betting action goes on Monday, February 28, with seven games around the league, including the Atlantic Division showdown at Barclays Center in Brooklyn, New York, so we bring you the best Raptors vs. Nets betting pick along with the latest odds update on Caesars NY Sportsbook.

Toronto visits Brooklyn for Game 3 of their four-game regular-season series, and the Nets search for their fourth consecutive victory over the Raptors. Brooklyn defeated Toronto 116-103 as a 3.5-point road fave on November 7, 2021, and 131-129 in overtime as a 3.5-point home fave on December 14, 2021.

The Toronto Raptors fell to 32-27 straight up and 33-25-1 ATS on the season following a heavy 127-100 defeat at the Atlanta Hawks this past Saturday. They were playing on the second night of a back-to-back set, coming off another embarrassing loss at the Charlotte Hornets, 125-93.

OG Anunoby (17.5 PPG, 5.5 RPG) hasn’t played over the weekend due to a finger injury. He’ll miss Monday’s game in Brooklyn, while Fred VanVleet (21.4 PPG, 6.9 APG) is questionable to play. If VanVleet doesn’t suit up against the Nets, Pascal Siakam (21.4 PPG, 8.6 RPG, 5.1 APG) will have to do some heavy lifting on offense. Siakam was awful against Charlotte with eight points on 3-for-13 shooting from the field.

The Brooklyn Nets (32-29; 23-36-2 ATS) snapped their two-game skid last Saturday. They upset the Milwaukee Bucks 126-123, playing as 9.5-point road underdogs. Kyrie Irving went off for 38 points, including a clutch triple with 1:38 left on the clock, while Seth Curry had 19 points, making four of his eight attempts from deep.

Irving has averaged 28.0 points and 6.6 assists over his last five games. He won’t play Monday due to medical protocols, so the Nets will have to lean on their role players to get the job done. Kevin Durant (knee) and Ben Simmons (conditioning, back) might return soon, but they remain sidelined for the Raptors game.

Andre Drummond had a good game at Fiser Forum, posting a line of 17 points, 12 rebounds, five assists, two steals, and a block. Goran Dragic (conditioning) played just 14 minutes, finishing with six points and a couple of dimes, while Bruce Brown had 15 points and seven rebounds. Brown has done a great job for the Nets over their last five games, tallying 13.6 points, 6.0 rebounds, 3.6 assists, and 1.8 steals a night.

The Nets have to show some pride when playing at home in Brooklyn without Kyrie and KD. Durant has missed the previous 19 games overall, while the Nets have gone only 2-6 SU and ATS in their previous eight home games.

Brooklyn is 3-18 ATS over its last 21 outings on the home court, and that will have to change eventually. The Raptors, on the other side, have gone 6-0 SU and ATS through their first six games in February. Since then, they’ve gone 1-4 SU and ATS. With Anunoby on the shelf and VanVleet questionable to play, I’ll take the Nets.

The betting trends are not helping a lot. The under is 4-1 in the Raptors’ last five games overall and 11-4 in their last 15 showings on the road. On the flip side, the total has gone over in eight of the Nets’ last nine contests.