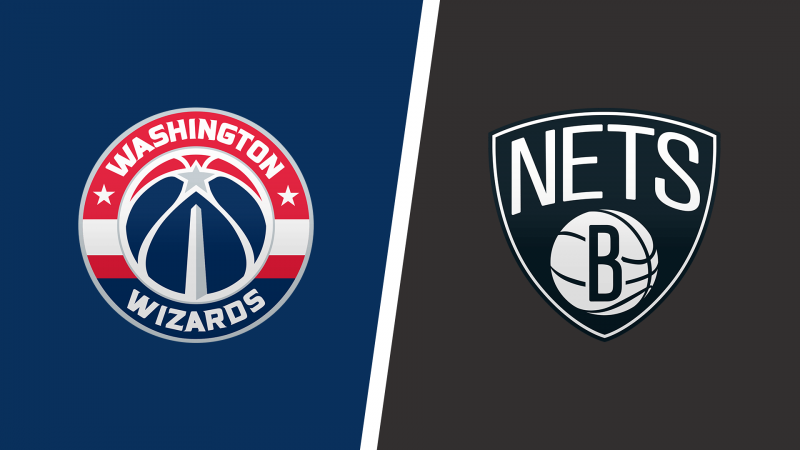 The NBA All-Star Weekend is upon us, and the first half of the 2021-22 season wraps up Thursday, February 17, with a small five-game card, so we have prepared the best Wizards vs. Nets betting pick along with the latest odds update on BetMGM NY Sportsbook.

Washington and Brooklyn close down their four-game regular-season set, and the Nets have gone 2-1 SU and 2-0-1 ATS through the first three contests. Just a week ago, the Wizards outlasted the Nets 113-112 as 1-point home favorites with a total of 218.0 points. Both teams play this one on a back-to-back, and their Wednesday night games have been excluded from the analysis.

The Wizards won three of their last six contests

The 26-30 Washington Wizards visited the Indiana Pacers on Wednesday, searching for their second straight victory. Last Monday, the Wizards beat Detroit 103-94 as 3.5-point home favorites to cover for the first time in five outings.

Washington worked hard on the defensive end, allowing the Pistons to make only 37.6% of their field goals and score a paltry 32 points in the paint. Kyle Kuzma led the way for the Wizards with 23 points and seven rebounds, while Raul Neto posted a line of 11 points, four boards, four steals, and three assists.

Bradley Beal (wrist) is done for the season, and Kuzma emerges as the Wizards’ go-to guy. He’s averaged 19.1 points, 8.1 rebounds, and 3.4 assists over his last ten outings, topping the team’s scoring chart on five occasions in that span. Since Beal hit the sideline, Washington has gone 3-5 SU and 2-5-1 ATS.

The Nets trounced Sacramento to break out of their slump

The Brooklyn Nets put an end to an 11-game losing streak last Monday. They thrashed off the Sacramento Kings 109-85 on the back of a couple of guys who just came from Philadelphia in the James Harden deal.

Seth Curry scored 23 points on his debut, while Andre Drummond had 11 points, nine rebounds, four assists, and a pair of steals. Bruce Brown enjoyed a great game in his 21st start for the Nets this term, finishing with 19 points, six boards, six dimes, and six steals, and the Nets cruised past the Kings, who shot only 34.4% from the field.

Brooklyn dominated Sacramento from start to finish. The Nets allowed only 37 second-half points and shot 51.2% from the field, outscoring the Kings in the paint 40-32.

The Nets have gone only 3-8-1 ATS over their last 12 outings, but they looked good in that 24-point dismantling of the Kings. Brooklyn will aim for its third straight ATS win Thursday against the Wizards, and the Nets should have enough firepower to beat the line.

Washington made some changes at the trade deadline as well, and Kristaps Porzingis won’t play in the Wizards uniform until after the All-Star break. Rui Hachimura and Daniel Gafford are both doubtful to play, so the Wizards will be quite shorthanded in the frontcourt.

Both teams miss their best players due to injuries and medical protocols (Kyrie Irving), so it’s hard to expect any fireworks on the second night of a back-to-back set. On the other hand, the betting trends suggest the over, as four of the Nets’ last five games and four of their last six meetings with the Wizards have gone over the total.

The over is 3-1 in Washington’s last four games, but the under is 7-4 in the Wizards’ previous 11 outings at any location. I lean the under this time around, expecting the Nets to build on that strong defensive display against Sacramento.