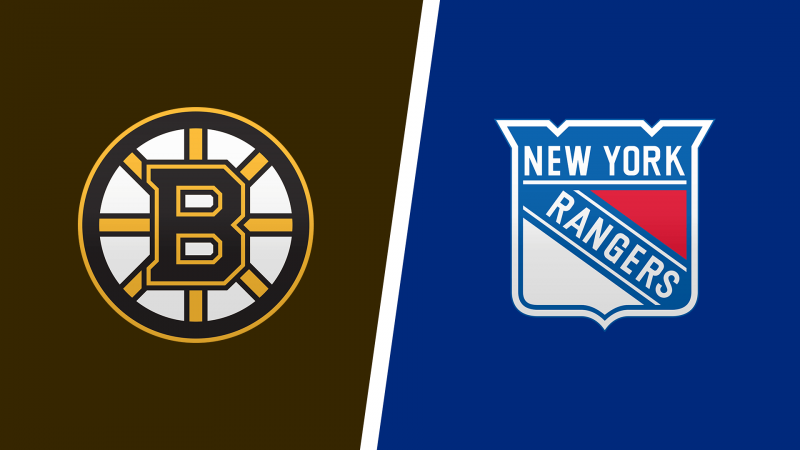 The 2021-22 NHL season continues with nine games on the Tuesday card, so we are taking a closer look at this Eastern Conference showdown at the Madison Square Garden in New York City to get you the best Bruins vs. Rangers betting pick and odds.

New York won the only contest between these teams this season, beating Boston back on November 26, 5-2. The Rangers enter as heavy favorites in that contest at -150 on BetMGM NY Sportsbook, while the Bruins are the favorites when receiving 1.5 goals at -222. The total is set at 5.5 for this contest. New York was the underdog the last time these teams met (+149), winning both the Moneyline and covering the spread. The total was set at 5.5, as the over was the smart pick.

Jeremy Swayman was spectacular in the victory, stopping all 30 shots he faced. Swayman is now 9-7-2 with a 2.22 goals-against average and a .919 save percentage. That was his second shutout of the season. Boston used a pair of first period goals to lead the way.

The Bruins special teams have been a key to the team’s success this season as they are sixth on the power-play (25.4%) and 11th in penalty killing (82.4%). David Pastrnak has six points over his last five games and is tied for second on the team with 17 power-play points. 12 of his 24 goals have come on the power-play, which leads the club.

The New York Rangers (30-13-4; 24-23 ATS) have only played one game this month, a 5-2 victory over Florida on February 1. That was the second straight victory for the club. This is the fourth of a five-game homestand that has seen the club go 2-1-0 through the first three games. The Rangers are 15-4-2 at Madison Square Garden.

Chris Kreider led the victory over Florida, scoring two goals and adding an assist. He now has four goals in his last five games, leading the club with 33 goals overall, including 17 on the power-play. Artemi Panarin also had a big game, scoring a goal and adding two assists. He has nine points over his last five games, including seven assists and leads New York with 52 points.

The Rangers are getting spectacular goaltending, fourth in the NHL in goals allowed per game (2.6). Igor Shesterkin is 22-5-2 with a 2.10 goals-against average and a .937 save percentage. He has allowed two goals in three of his last four starts and has allowed 12 total goals over his last five outings.

This will be the first time that New York has played a game in two weeks. That is a lot of time off, and usually leads to a lack of chemistry early on. Do not be surprised if Shesterkin struggles early in this contest, as goaltenders need consistent work. Not playing in two weeks is not going to help the Rangers goaltender at all.

Boston is 5-1-1 in their last seven games on the road. They have been a better club away from the Boston Garden and got spectacular goaltending on Saturday night.

Look for some sloppy play early on for the Rangers as passes do not connect, creating turnovers that lead to goals for the Bruins. This contest will look ugly early on, giving Boston a decisive advantage as they win by two goals.