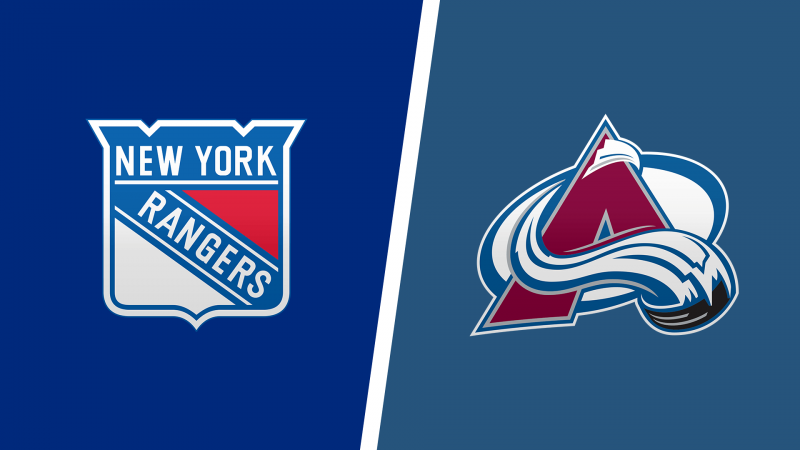 The 2021-22 NHL season continues Wednesday, December 8, with the interconference showdown from Madison Square Garden in New York, so we bring you the best Avalanche vs. Rangers betting pick and odds.

Colorado and New York lock horns for the first time since March 2020, and the Avs have won four of their last six encounters with the Rangers. According to BetMGM NY Sportsbook, the Avalanche are -140 road favorites for Wednesday’s clash, while the Rangers are +120 moneyline dogs with a total of 6.0 goals.

The Avs hope to close down their road trip in style

The Colorado Avalanche (13-7-2) will wrap up a five-game road trip with this tough game against the Rangers. They are coming off a 7-5 victory at the Philadelphia Flyers this past Monday, as the Avs bounced back from a painful 6-5 overtime defeat at the Ottawa Senators on Saturday night.

Justus Anunen has guarded the cage in those two games against Phila and Ottawa, and the 21-year-old netminder hasn’t impressed at all, posting a .863 save percentage. It’s still unknown who’ll patrol the crease at The Garden, while Darcy Kuemper is still recovering from an upper-body injury.

The Rangers have been unstoppable lately

The New York Rangers were 16-4-3 ahead of their Tuesday night’s road tilt against the Chicago Blackhawks hat has been excluded from the analysis. They were riding a six-game winning streak, coming off a 3-2 home win over the Blackhawks last Saturday.

During that six-game stretch, the Rangers have surrendered only ten goals in total. They own the fifth-best scoring defense in the NHL, yielding 2.48 goals per game. However, their starting goalie Igor Shesterkin is injured at the moment, so Alexandar Georgiev should patrol the crease against the Avalanche.

I have to look at the Avs in this spot. The Rangers will deal with fatigue after traveling back home from Chicago and a tough matchup with the Blackhawks. They’ll also miss Igor Shesterkin, who’s been outstanding between the pipes thus far.

On the other side, the Avs will look to take full advantage of Shesterkin’s absence. Their defense hasn’t played at a high level so far this season, but the Avs’ offense has been absolutely ridiculous.

Colorado has scored 21 goals over its last five outings while surrendering 21 in a return. The Avs own the best shooting percentage in the league (12.3) and the eighth-best power-play percentage (21-for-87), so I’ll go with the over despite New York’s sturdy defense.

I’ve mentioned the Avs’ defensive woes, and the Rangers should score a few goals in this matchup. On the flip side, the Rangers will have to deal with the most prolific offense in the NHL, so don’t be surprised by a 6-goal line.