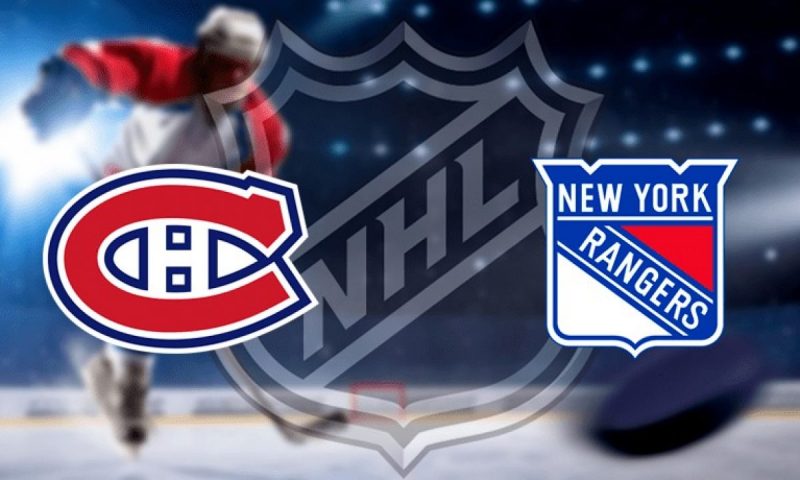 The Montreal Canadiens wrap up their three-game road trip Tuesday, November 16, 2021, with the Eastern Conference battle at Madison Square Garden, as they face off against the New York Rangers for the second time this season.

Back in October, the Rangers beat the Canadiens 3-1 in a pick ‘em matchup at Bell Centre. This time around, New York is listed as a firm home fave on most NY Sportsbooks, so let’s see what’s the best Canadiens vs. Rangers betting pick.

The Habs continue to struggle

The Montreal Canadiens fell to 4-11-2 on the season following a 5-2 defeat at the Boston Bruins this past Sunday. It was their second consecutive loss and fifth in the last six outings at any location, as the Canadiens continue to sit at the seventh spot of the Atlantic Division standings.

The Canadiens have some serious injury problems as well. Nine players are on the shelf, including goalies Jake Allen (upper body) and Carey Price (personal), so Sam Montembeault should get another start between the pipes Tuesday. Montembeault is 0-3-1 with a 3.77 GAA and a .890 save percentage this season.

The Rangers shoot for their fourth straight W

The New York Rangers (9-3-3) are coming off a 4-3 shootout victory to the New Jersey Devils this past Sunday. It was their third win on the spin, as the Rangers continue to battle Carolina and Washington for the top spot in the Metropolitan Division.

New York has scored 12 goals over its previous three outings, so the Rangers now rank 23rd in the league in goals scored per game (2.73) and 13th in shooting percentage (9.9%). Defenseman Adam Fox leads the way for New York with 16 points (G4, A12), while winger Chris Kreider has already scored 11 goals in 15 appearances.

On the other side of the ice, the Rangers are yielding 2.87 goals per contest (16th in the league) while posting the 11th-worst penalty-killing percentage (78.7%). Igor Shesterkin is expected to guard the cage Tuesday against the Canadiens, and he’s 7-2-2 with a 2.46 GAA and a .929 save percentage this term.

The Canadiens’ defense is in shambles, allowing 24 goals over their last six showings. On the other side, the Rangers’ offense has been red-hot lately, so I’m expecting the hosts to put on another strong performance and extend their winning streak to four games.

Montreal has dropped three of its last four contests against the Rangers. With all their injury problems and defensive issues, I highly doubt the Canadiens’ chances to keep it close against New York on the road. Montreal has won only one of its previous 11 games away from home.

The Canadiens own one of the most inefficient offenses in the NHL, but they’ve managed to score at least two goals in each of their last six outings. The over has hit in six of their previous nine games overall.

On the other side, the total has gone over in the Rangers’ last five showings at any location. Also, the over is 4-2-1 in the last seven meetings between the Habs and Rangers.