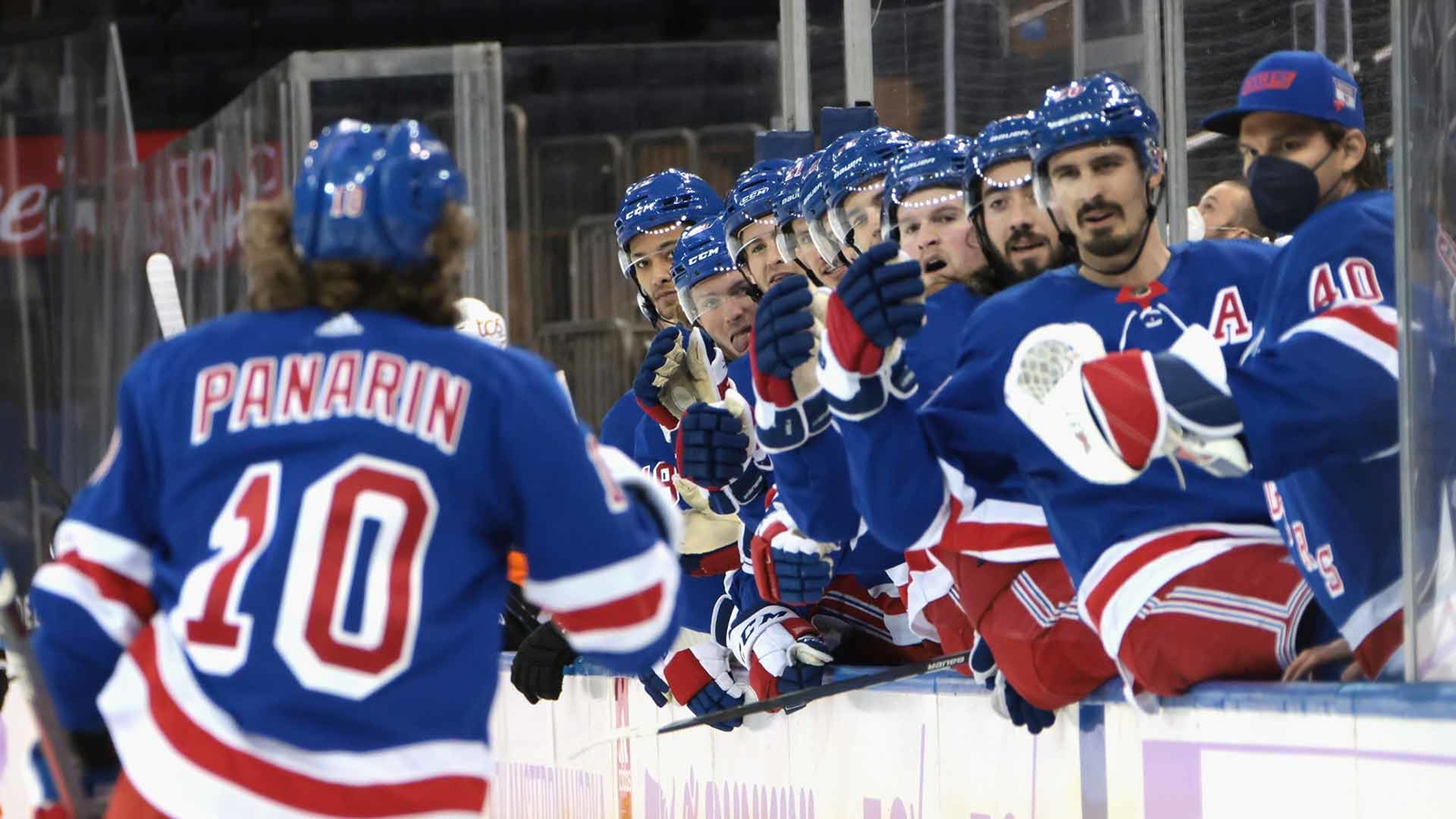 If the New York Rangers return to the playoffs in 2022, it will largely be the result of Chris Drury’s savvy.  The new general manager isn’t exactly in the catbird seat considering the Rangers’ cap crunch.  There was some talk that Drury would swing a deal with his former team, the Buffalo Sabres, for superstar center Jack Eichel.  However, a deal did not come to fruition on draft night, prompting Drury to square his attention on the free agent market.

The Rangers currently have 36 players under contract.  Some of the team’s notable restricted free agents include Igor Shesterkin, Libor Hajek and Filip Chytil.  The team has about $4.5 million in dead cap dollars.  The Rangers’ projected cap space is just under $22 million.  Swinging a deal for a top tier player such as Eichel would chew up about $10 million of cap space so it might be best for Drury to focus on acquiring a few contributors who are comparably affordable and won’t cost the team several elite prospects as would be necessary in an Eichel trade.

Elias Pettersson could be signed to an offer sheet that would cost the Rangers draft picks yet there are some indications that the Canucks would let Pettersson walk if it came to that.  Word is the Rangers had Pettersson targeted in the ’17 draft so it makes sense that the team would be interested four years later.

If Drury doesn’t want to extend an offer sheet to Pettersson, he will likely be interested in inking Phillip Danault to a multi-year deal.  The Canadiens’ star helped the team make it to the Stanley Cup Final this summer.  Though Danault is not an offensive juggernaut, he is a two-way center who plays with intelligence and grit.

If the Rangers are to revamp their fourth line, it will start with the addition of a player like Jordan Martinook.  Martinook is likely to depart the Hurricanes after the team refused to extend him to a long-term deal.  If the Rangers add Martinook, he will likely play with the newly-added Sammy Blais, ultimately reshaping the identity of the team’s fourth line.

Erik Gudbranson is not exactly a household name yet he would certainly make a solid addition to the Rangers’ defense corps.  Now that Brendan Smith is out of the picture, the squad is in need of another defenseman.  The addition of Gerard Gallant has some league insiders thinking he will influence Drury to add Gudbranson and possibly a Golden Knight or two.  Gallant will likely sing the praises of Alex Tuch, a budding star rumored to be available in the trade market.  Tuch played for Gallant in Las Vegas.  Gallant coached Gudbranson during his time in Florida.

Stay tuned.  The Rangers’ offseason will likely be quite active as new GM Chris Drury puts his stamp on the squad.