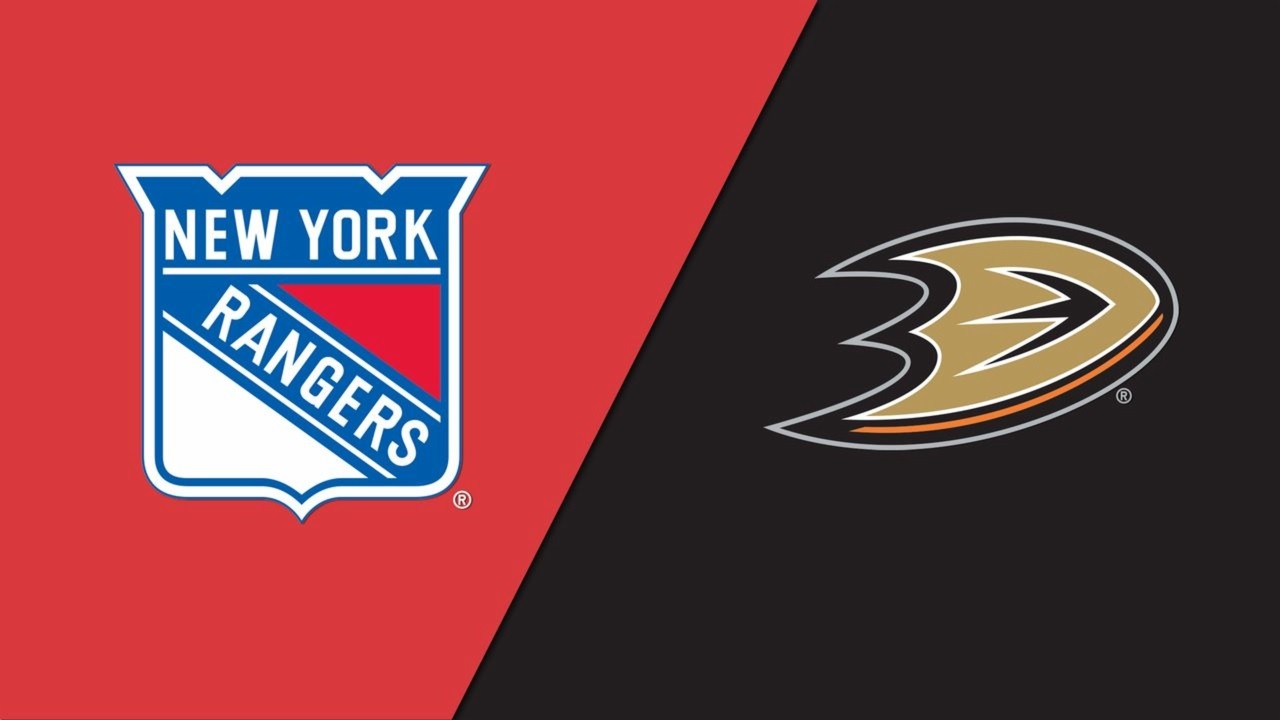 The 2021-22 NHL season continues with 11 games on Saturday night’s card, so we’re breaking down this interconference showdown from Honda Center in Anaheim to get you the best Rangers vs. Ducks betting pick and odds.

New York meets Arizona for the first time since December 2019, when New York won, 5-1. The Rangers opened as -150 road favorites on BetMGM Sportsbook, while the Ducks are -105 underdogs with a total of 5.5 goals. The Rangers are 7-2-1 in the last 10 meetings between these teams. The Rangers are without goaltender Igor Shesterkin and left wing Artemi Panarin. Anaheim will also have their top goaltender out as John Gibson will miss this contest as well center Ryan Getzlaf.

The New York Rangers (22-9-4) saw their three-game win streak come to an end in a 5-1 loss to Vegas on Thursday. Chris Kreider tied the score with his 21st goal of the season, but the Golden Knights responded with four unanswered goals to close out the win. The Rangers now move to 5-5 ATS in their last 10 and are 12-6-2 on the road.

Goaltender Alexander Georgiev allowed five goals on 35 shots. He has played well this season, posting a 2.89 goals against average and a .904, but he has also been a bit inconsistent of late. In his last five games, Georgiev has held opponents to a single goal in two of those games, but also gave up five to Vegas and four to Colorado. Anaheim does not have the firepower of these teams, but they are averaging over three goals per game.

Despite the struggles, the Rangers are one of the best defensive clubs in hockey. The team is third in opponent shooting percentage (8.0%) and they are fifth in goals allowed per game (2.54). The special teams for the Rangers have also been great, eight on the power play (24.5%) and fourth in penalty killing (84.3%).

The Anaheim Ducks (18-11-7) opened their four-game homestand with a 4-1 victory over Philadelphia. Troy Terry scored his first hat trick in a Ducks uniform as Anaheim is now 11-4-4 at home. The Ducks are 6-4 ATS in their last 10.

The three-goal night by Terry now gives him a team leading 21 on the season. However, that also ended a five-game goalless drought. Hampus Lindholm is on a roll, recording five points over his last five games. This comes after he had scored just 10 points through his first 31 contests.

Anaheim is ninth in goals allowed per game (2.67), but they will be without Gibson. That puts Anthony Stolarz in net, and he has been a good one, going 6-2-1 in nine starts with a 2.13 GAA. Stolarz has been outstanding of late, allowing three total goals in his last four appearances.

The loss of Gibson would be big in most circumstances, but Stolarz has been great. He is on a roll of late, and knows the net is going to be his for at least another week. Georgiev can be spectacular, but he has not been the No. 1 guy for some time, and the inconsistency may be a result of fatigue.

While New York has played well on the road, this is the second of a five-game road trip. Plus, Anaheim has been very good at home this season and has the advantage of the hot goaltender. This should be a great game won by the Ducks.

With both teams missing their top goalie, this would seem to drive up the score at least a tick or two. However, several other players out for this game should create an interesting attack plan. For example, the Rangers are missing three left wings, so look for Anaheim to exploit that side of the ice. The Ducks are without three centers and two defensemen, including Lindholm.

This creates a situation where players are playing out of position, playing with different linemates, and call ups from the AHL. That should create some confusion which will lead to additional goals. Look for six goals in this game.