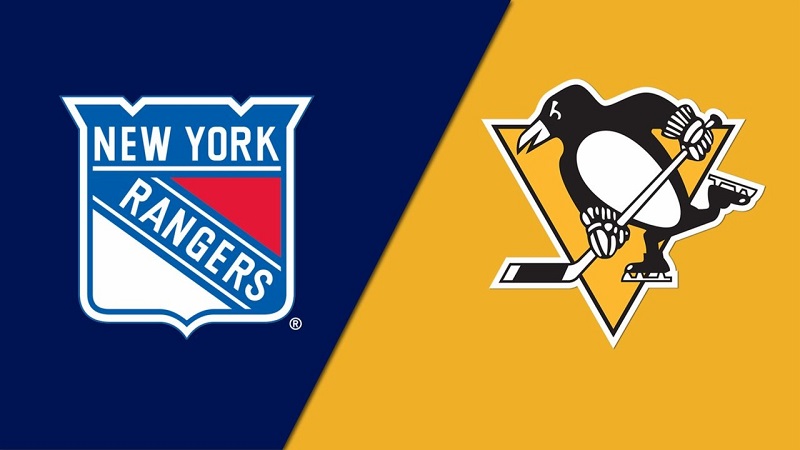 The 2021-22 NHL season continues Saturday afternoon with the Metropolitan Division showdown at PPG Paints Arena in Pittsburgh, Pennsylvania, so we bring you the best Rangers vs. Penguins betting pick and odds.

New York and Pittsburgh lock horns for the first time in 2021-22. According to BetMGM NY Sportsbook, the Penguins are -130 moneyline favorites with a total of 6.0 goals.

The Rangers won five of their last six games

The New York Rangers (33-13-5) are coming off an impressive 4-1 home victory to the Washington Capitals this past Thursday. It was their second straight victory and fifth in the last six outings at any location, as the Rangers continue to chase the top spot in the Metropolitan Division.

Four different players found the back of the net against Washington, including Mika Zibanejad, while Igor Shesterkin had a big night between the pipes. Shesterkin posted 36 saves, improving to 25-5-3 on the season. He owns a strong 1.98 GAA and .940 save percentage.

It’s unknown who’ll guard the cage in Pittsburgh. Shesterkin has started in seven straight games, so Alexandar Georgiev (7-7-2; 2.99 GAA; .898 SV%) could get the nod. The Rangers meet the Penguins on the first day of a back-to-back set, and Georgiev should play in one of their next two games.

The Penguins lost three in a row

The Pittsburgh Penguins (31-14-8) are coming off an embarrassing 6-1 defeat to the New Jersey Devils this past Thursday. The Pens extended their losing streak to three games, recording their sixth defeat in the last seven showings at PPG Paints Arena.

Pittsburgh managed to score only one goal on 38 shots towards the Devils’ goalie. On the other side, Tristan Jarry allowed five goals on just 19 shots. Jarry has struggled mightily over his previous three starts, surrendering a whopping 13 goals in the process.

The Penguins play on the first day of a back-to-back set as well, so it’s tough to predict the winner when both teams wait to announce their starting goaltenders. I lean the Penguins, who desperately need to break out of their slump and finally get things going on the home ice.

On paper, the Rangers are a slightly better defensive team than Pittsburgh, but New York is not the same team with Alexandar Georgiev between the pipes. On the other hand, the Pens possess a lot of dangerous offensive weapons. Pittsburgh scores 3.25 goals per game, while New York tallies 2.96.

The totals are another tough wager, and once more, it’s all about the starting goalies. Tristan Jarry has struggled lately, but he’s still a better option than Casey DeSmith. On the other side, Igor Shesterkin is enjoying a wonderful season. He’s one of the key players in this New York team.