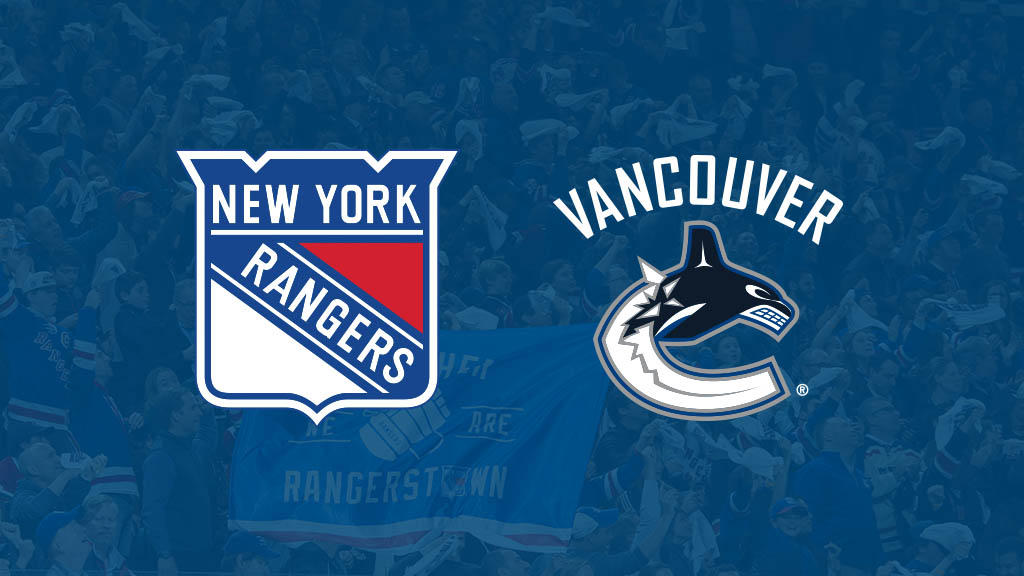 The NHL betting action continues Tuesday, November 2, with nine games around the league, so we bring you the best Rangers vs. Canucks betting pick and odds, as New York meets Vancouver for the first time since January 2020.

According to BetOnline Sportsbook, the Rangers are small -121 moneyline favorites for Tuesday’s game, while the Canucks sit at +110 odds to win straight up. The totals are listed at 5.5 goals, so let’s take a closer look.

The Rangers’ D continues to impress

The New York Rangers improved to 6-2-1 on the season following a 3-1 victory at the Seattle Kraken this past Sunday. It was another impressive defensive performance by the Rangers, who have won five of their previous six contests at any location.

The Rangers own the fourth-best scoring defense in the NHL, allowing just 2.11 goals per game. They need to improve on the offensive side of things, as the Rangers are scoring only 2.44 goals per game (24th in the league) on a 9.0 shooting percentage (18th).

The Canucks look to stop a three-game slide

The Vancouver Canucks (3-5-1) are on a three-game losing streak following a 2-1 home loss to the Edmonton Oilers this past Saturday. They struggled mightily to find the back of the net, and Brock Boeser scored the consolation goal with seven seconds left on the clock in the 3rd period.

Vancouver has some serious offensive issues, posting a poor 7.4 shooting percentage. The Canucks desperately need more from Elias Pettersson, who’s accounted for just four points thus far. J.T. Miller leads the way with nine points, but he’s founded the back of the net only once in nine appearances.

The Rangers are undefeated in five straight outings on the road, while the Canucks are winless in their previous three outings at home in 2021-22. Things could easily turn around when they take on each other, as both teams have struggled offensively as of late, and the Canucks will certainly stand a chance of upsetting the odds if Thatcher Demko continues with his strong performance.

Vancouver is still searching for its first home win of the season. The Canucks will be fired up to make amends after three consecutive narrow losses to Minnesota 3-2, Philadelphia 2-1, and Edmonton 2-1.

The last four encounters between the Rangers and Canucks went in the under. Considering their current form, these two teams should not combine for more than five goals Tuesday at Rogers Arena, though they both allow a lot of shots to their rivals. The Rangers are 26th in the NHL in shots allowed (283), while the Canucks are 27th (286).

The under is 4-1 in Vancouver’s last five games overall, and it is 7-1 in New York’s previous eight. Also, the Rangers’ last five road tilts went in the under.