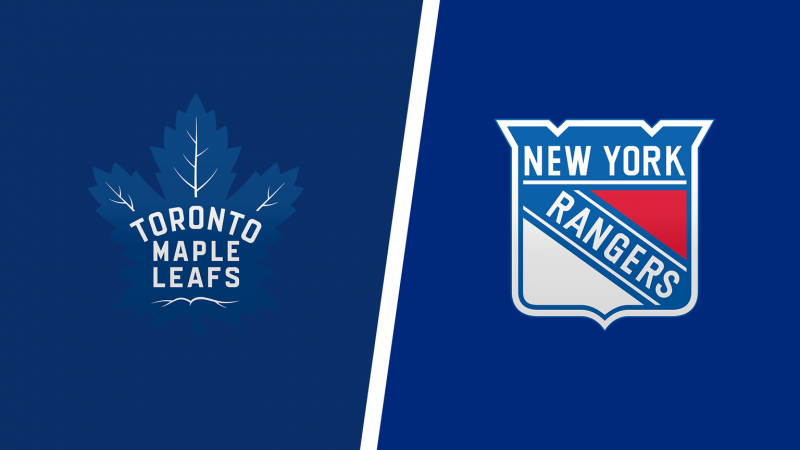 The 2021-22 NHL season continues Wednesday, January 12, with the marquee Eastern Conference showdown from Madison Square Garden, so we have prepared the best Maple Leafs vs. Rangers betting pick and odds.

Toronto and New York wrap up their three-game regular-season series after splitting their first two encounters at Scotiabank Arena. The Rangers won the opener 2-1 in overtime as +165 road underdogs, while the Maple Leafs bounced back with a 2-1 victory as -170 home favorites. This time around, Toronto is a -141 road fave with a total of six goals on Draftkings Sportsbook.

The Maple Leafs trounced St. Louis to get back to winning ways

The Toronto Maple Leafs (24-9-3) are coming off a 6-5 victory at the St. Louis Blues this past Saturday. They bounced back from an embarrassing 2-1 loss at the lowly Arizona Coyotes despite another shaky defensive performance.

The Maple Leafs nearly blew a two-goal lead at St. Louis, playing as firm -200 road favorites. They took 40 shots towards the Blues’ goalie and surrendered 25 in a return. Jack Campbell had a bad day in the office but managed to improve to 19-5-3 on the season, while both Mitchell Marner and Auston Matthews found the back of the net once.

The New York Rangers (25-10-4) made it a two-game win streak with a 3-2 victory at the Philadelphia Flyers this past Saturday. They wrapped up a five-game road trip, tallying three wins and a couple of losses in the process.

Igor Shesterkin guarded the cage in Philadelphia and posted 26 saves. He’s now 17-4-2 with a 1.99 GAA and a .939 save percentage on the season. Defenseman Adam Fox leads the way for the skaters with five goals and 34 assists in 39 appearances, while winger Chris Kreider has 24 goals and 11 dishes on his season tally.

The Rangers are scoring 2.85 goals per game (18th in the NHL) on a 10.0 shooting percentage (12th). They are surrendering only 2.44 goals in a return (2nd). New York leans on its stout defense, posting the third-best penalty-killing percentage in the league (85.6%).

The first meetings of the season between Toronto and New York saw a great battle, and I’m expecting another dramatic clash when the Rangers welcome the Maple Leafs. Hereof, going with a side bet seems like a tricky job in this matchup, as it could easily go either way.

On paper, the Maple Leafs are a better offensive team than New York, but the Rangers have been one of the best defensive teams in the league all season long. I lean New York because of its defense and Igor Shesterkin, who’s been outstanding in 2021-22.

I’ve mentioned Igor Shesterkin’s excellent run of form, while Jack Campbell should be fired up to make amends for his poor display in that 6-5 win over St. Louis. With a couple of top-notch netminders in this game, I have to take the under on the totals as my best Maple Leafs vs. Rangers betting pick.

The under is 6-1 in the Rangers’ last seven games overall, and it is 7-1 in their previous eight outings on the home ice. Also, four of the last six meetings between the Rangers and Maple Leafs have gone under the total.