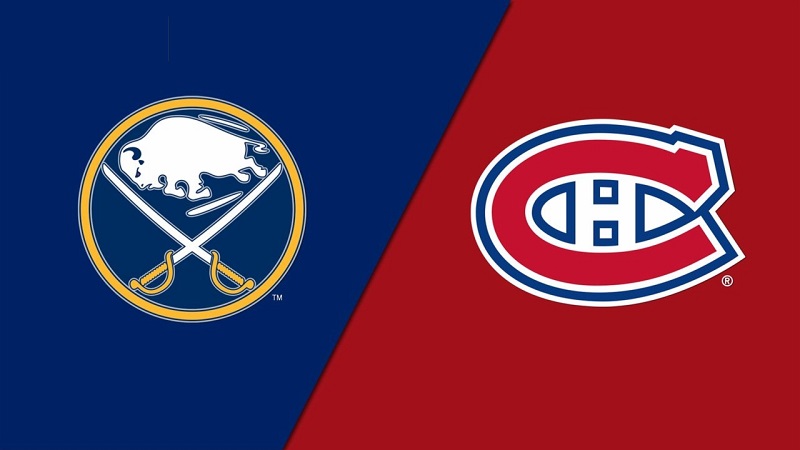 The NHL betting action continues Wednesday, February 23, 2022, with the Atlantic Division showdown from Bell Centre in Montreal, Quebec, so we bring you the best Sabres vs. Canadiens betting pick and odds.

According to BetMGM NY Sportsbook, the Sabres are small -115 moneyline favorites with a total of 5.5 goals. Buffalo looks to sweep its four-game regular-season series against Montreal. Just ten days ago, the Sabres beat the Canadiens 5-3 at Bell Centre.

The Sabres hope to snap their three-game skid

The Buffalo Sabres (16-27-8) extended their losing streak to three games following a 7-3 defeat at the Columbus Blue Jackets this past Sunday. The Sabres started a five-game road trip with a heavy loss, allowing the Jackets to overcome a 2-1 deficit.

Craig Anderson guarded the cage in Columbus, and the 40-year-old netminder surrendered six goals on 38 shots. Anderson is now 6-5-0 with a 2.91 GAA and .909 save percentage on the season, while Dustin Tokarski is 5-7-4 with a 3.35 GAA and .902 save percentage. It’s still unknown who’ll get the starting call Wednesday at Montreal.

Buffalo sits at the seventh spot of the Atlantic Division standings, 25 points behind the No. 8 seed in the Eastern Conference. The Sabres score 2.67 goals per game (23rd in the NHL) on a 9.1 shooting percentage (21st) and surrender 3.55 goals in a return (28th).

The Habs aim for their fourth straight W

The Montreal Canadiens (11-33-7) stunned the Toronto Maple Leafs last Monday to extend their winning streak to three games. Playing as massive +320 moneyline underdogs, the Habs beat the Maple Leafs 5-2 at home, but they remained the worst team in the NHL with just 29 points on their tally.

Montreal dominated Toronto, building a 5-0 lead by the end of the second period. Winger Josh Anderson accounted for a couple of goals and an assist; Cole Caufield added one goal and a pair of dishes, while Sam Montembeault allowed two goals on 37 shots.

Betting on this Sabres vs. Canadiens game feels like a coin flip. Both teams have been awful all season long. Also, they have some serious injury problems ahead of Wednesday’s contest.

I’m backing the Canadiens to win only because they’ve won three games in a row for the first time in 2021-22. Montreal should be fired up to avoid a sweep in this series, and the Habs are certainly capable of outlasting the lowly Sabres, who have gone 6-12 over their previous 18 games on the road.

Six of the Sabres’ last seven games have produced more than six goals in total. On the other side, eight of the Canadiens’ previous 11 contests have seen seven or more goals on the scoreboard.

I would ride those betting trends and take the over on the totals. Both teams have struggled to defend well thus far, and two of their previous three head-to-head duels in 2021-22 have gone over the total, producing six or more goals in total each.