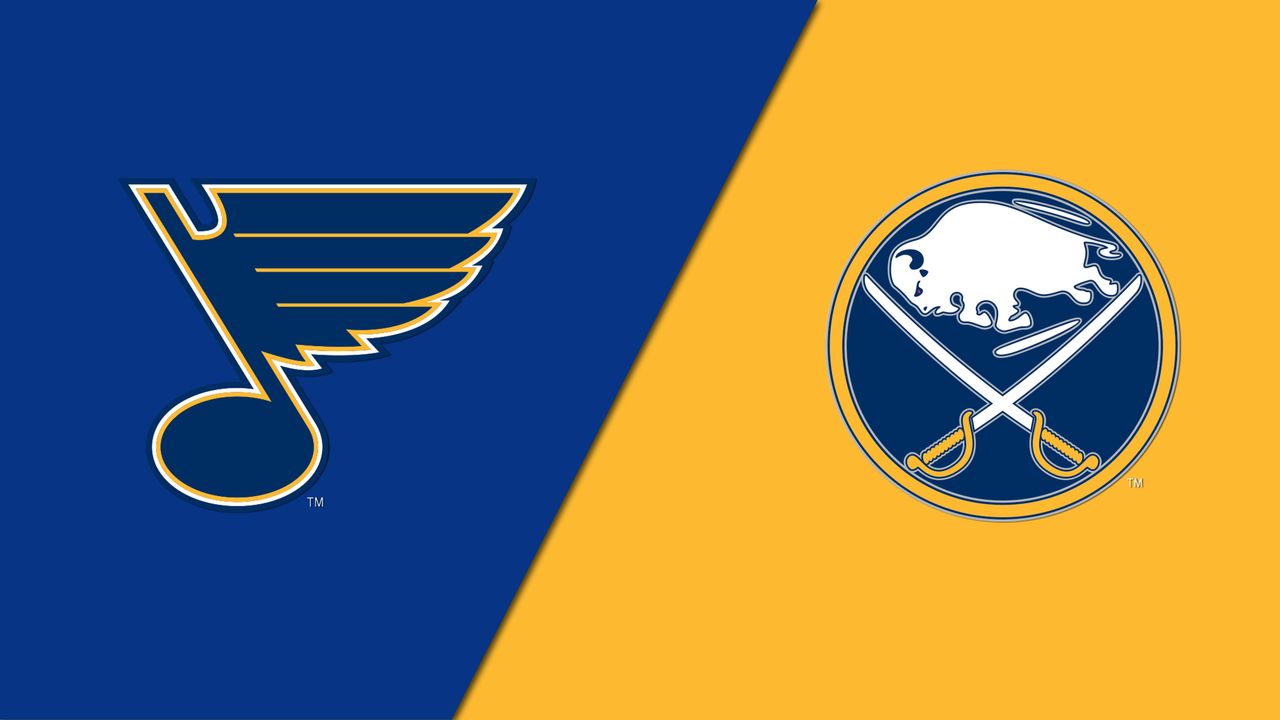 We have 11 NHL games on the schedule for Tuesday, January 24, including this inter-conference duel in St. Louis, and here you can check out the best Sabres vs. Blues betting pick and odds.

Buffalo will play the second game of a back-to-back set when they visit St. Louis at Enterprise Center. The Blues are -130 moneyline favorites on BetRivers NY Sportsbook, while the total is set at 6.5 goals. These inter-conference rivals met once this season, and the Sabres won 6-2 in Buffalo.

The Buffalo Sabres (23-19-3-0, 24-21 ATS) responded to a poor form of five losses in six games with a pair of home wins over the New York Islanders and Anaheim Ducks. The Sabres now have 49 points and are in the 11th place in the Eastern Conference, just like St. Louis, their next opponent, in the West. Buffalo will open a four-game road trip with a tilt against the Dallas Stars on Monday, and then will take on the Blues on Tuesday.

The Sabres scored three unanswered goals in the final period in a 6-3 victory against the Anaheim Ducks. Peyton Krebs and Victor Olofsson netted a pair of goals apiece, while Ilya Lyubushkin led the team with three points (three assists). So far in the season, Tage Thompson is the best Buffalo player and in the top 10 in the NHL with 61 points (G 32, A 29). Rasmus Dahlin has 52 (G 13, A 39) and Alex Tuch is the Sabres’ third star with 50 points (G 22, A 28).

Ukko-Pekka Luukkonen (12-5-1) is likely going to take his place between the sticks against the Blues on Tuesday. The 23-year-old is allowing 3.31 goals per game this year with a .899 SV% and no shutouts.

Blues’ defense disappointed in a loss to the Blackhawks

The St. Louis Blues (23-21-2-1, 22-25 ATS) were hoping for the third consecutive win since December 20, but they couldn’t avoid a defeat against the Chicago Blackhawks at home. Prior to that loss, the Blues beat the Senators and Predators. St. Louis is currently on a seven-game home stand and will conclude it with a clash against Buffalo on Tuesday.

The Blues were trailing 3-0 and 4-1 early in the second period against Chicago, and although they tried, they couldn’t make a comeback and lost 5-3. It was a disappointing loss as the Blackhawks attempted just 18 shots and had 32 shots on the other end. Another poor display from Jordan Binnington, who was subbed off in the second after allowing four goals from seven shots! On offense, Ivan Barbashev and Jordan Kyrou contributed a couple of points each. This year, Kyrou is the team’s top producer with 45 points (G 22, A 23). Robert Thomas is following him with 43 (G 12, A 31) and Pavel Buchnevich has 38 points (G 15, A 23).

Jordan Binnington is expected to start at the goal against Buffalo on Tuesday. The 29-year-old is conceding 3.26 goals per contest this season along with a .891 SV% and two shutouts.

The Sabres have the joint-top offense in the NHL that averages 3.80 goals per game, while St. Louis is scoring 3.11 goals per contest. The teams are pretty close when it comes to defense, and although this one could go either way, I am backing the Blues because the Sabres are playing the second game of a back-to-back set. Also, St. Louis will be looking for revenge after losing to Buffalo 6-2 on the road earlier in the season. The Blues did beat the Sabres in nine consecutive home H2H duels.

Luukkonen conceded 3+ goals in eight of his last nine starts, and given that St. Louis scored at least three goals in seven of the previous ten games, I am backing the hosts to do it again on Tuesday. On the other hand, Binnington is experiencing the worst season of his career and he cannot be trusted considering his current form. I am going with the Sabres to also score 3+ goals here. Over is 6-0 in the last six H2H meetings; Over is 4-1 in the Sabres’ previous five road games, while Over is 21-7-3 in the Blues’ last 31 vs. Atlantic Division rivals.