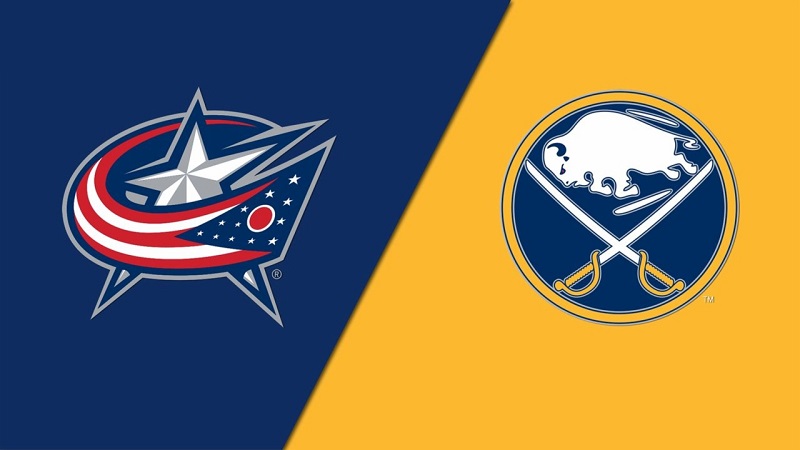 The NHL betting action continues Thursday, February 10, 2022, with seven games around the league, including the Eastern Conference showdown at KeyBank Center in Buffalo, New York, so we have prepared the best Blue Jackets vs. Sabres betting pick and odds.

According to BetMGM Sportsbook, Columbus is a small -112 road fave with a total of 5.5 goals. The Blue Jackets meet the Sabres for the second time this season. Back in November, Columbus outlasted Buffalo 7-4 as a -130 road favorite.

The Blue Jackets started a five-game road trip in style

The Columbus Blue Jackets (21-22-1) are coming off a 5-4 victory at the Washington Capitals this past Tuesday. They started a five-game road trip in strong fashion, recording their third victory in the last four outings.

The Blue Jackets overcame an early two-goal deficit at Capital One Arena in Washington, D.C. Patrik Laine led the charge with a couple of goals and an assist, while Boone Janner scored the winning goal with 45 seconds left on the clock in the third period.

The Sabres lost two in a row

The Buffalo Sabres (14-24-7) wrapped up their four-game road trip last Tuesday, suffering a 5-2 defeat at the Vegas Golden Knights. It was their second consecutive loss and sixth in the last nine outings at any location.

The Sabres fought bravely at T-Mobile Arena in Las Vegas and took 32 shots towards the Golden Knights; goalie. However, Robin Lehner had a big night between the pipes to help his team outlast the Sabres.

Both Columbus and Buffalo have some injury problems ahead of this clash. I lean the Blue Jackets because of their depth, but the Sabres certainly stand a chance of earning points. It’s tough to predict the winner, so betting on the totals might be a way to go in this one.

Columbus is undefeated in three consecutive outings on the road, scoring a whopping 13 goals in the process. On the other side, the Sabres have won only one of their previous ten home contests.

Taking the over on the totals seems like the best move, as both Columbus and Buffalo have been struggling on the defensive end all season long. The Sabres have surrendered four or more goals in four of their last six games overall, while the Jackets’ last five contests have produced six or more goals each.

Furthermore, the total has gone over in five of the last seven encounters between the Blue Jackets and Sabres. Their first meeting of the season has been a proper high-scoring affair with 11 goals in total.