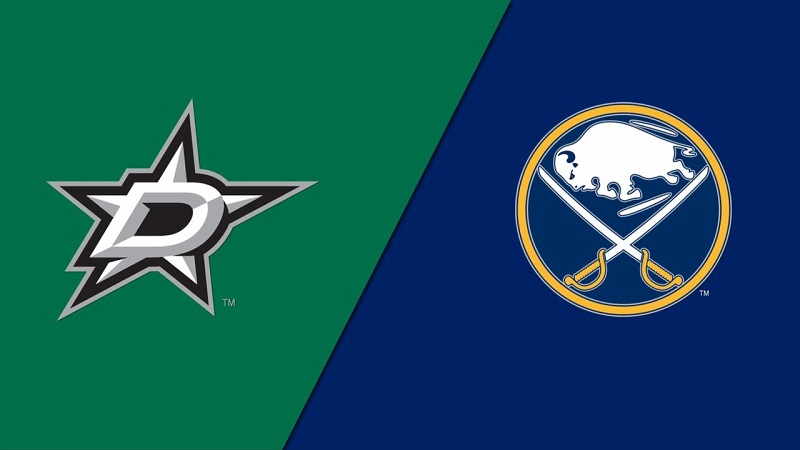 The NHL betting action continues Thursday, January 20, 2022, so we’re taking a closer look at the interconference showdown at KeyBank Center in Buffalo, New York, to get you the best Stars vs. Sabres betting pick and odds.

Dallas and Buffalo open their two-game regular-season series. The Stars are listed as -130 road favorites, while the Sabres are +122 moneyline underdogs with a total of 5.5 goals on Caesars Sportsbook NY.

The Stars look to stop their slide

The Dallas Stars (18-16-2) are riding a three-game losing streak following a 5-3 defeat to the Montreal Canadiens this past Tuesday. They took a whopping 51 shots towards Sam Montembeault, who had a tremendous night between the pipes.

On the other side, Jake Oettinger allowed five goals on just 19 shots, suffering his second straight defeat. Oettinger has surrendered nine goals over his previous two appearances. He’s now 9-4-0 with a 2.73 GAA and a .905 save percentage.

The Sabres shoot for their second straight victory

The Buffalo Sabres (12-20-7) put an end to their two-game skid with a 3-1 victory at the Ottawa Senators this past Tuesday. It was the Sabres’ second win in the last ten outings, as they upset the odds as +185 road underdogs.

Buffalo recorded 25 penalty minutes but managed to limit the Senators to one goal on five power-play opportunities. Winger Alex Tuch led the way for the Sabres with a goal and an assist, while Michael Houser posted 43 saves in his season debut.

The Sabres have used six different goaltenders in 2021-22. Dustin Tokarski, Ukko-Pekka Luukkonen, and Malcolm Subban are all sidelined due to injuries or medical protocols, so Houser could get another starting nod Thursday against the Stars. Buffalo allows 3.41 goals per game (27th in the NHL) and scores 2.54 in a return (26th) on an 8.8 shooting percentage (tied-23rd).

The Sabres have a lot of injury problems ahead of this game. With 11 guys on the shelf, the Sabres will be quite short-handed, while the Stars are without four players, including Alexander Radulov, who’s accounted for one goal and 11 assists so far this season.

Both Dallas and Buffalo have struggled as of late, so I’m expecting a tight battle Thursday at KeyBank Center. The Stars should have more firepower than the Sabres, who’ll miss some very important players. Dallas is winless in seven straight outings on the road, and this should be a nice opportunity for the Stars to break out of their slump.

Neither of these two teams has impressed offensively in 2021-22. They’ve played some shaky defense, too, so I’m backing the over on the totals, as both Dallas and Buffalo will be fired up to grab a victory.

Three of the Stars’ last four contests have produced seven or more goals in total. On the other side, five of the Sabres’ previous six contests have seen five or fewer goals on the scoreboard. The totals look like a tricky wager in this matchup, but I don’t think the teams will be able to keep each other quiet.