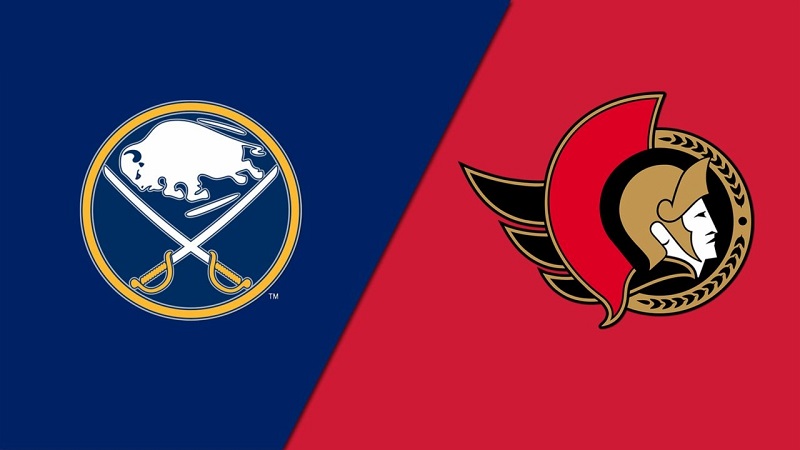 The 2021-22 NHL season continues Thursday, February 17, with the Atlantic Division showdown from KeyBank Center in Buffalo, New York, so we have prepared the best Senators vs. Sabres betting pick along with the latest odds update on WynnBet NY Sportsbook.

Ottawa and Buffalo wrap up their three-game regular-season series. Back in January, the Sabres won the opener 3-1 as +185 road underdogs, while the Senators grabbed Game 2 with a convincing 5-0 victory as -170 home favorites. This time around, the Sabres are small favorites in front of the home audience.

The Sens lost three of their last four games

The Ottawa Senators (17-25-4) are coming off a 5-2 defeat to the St. Louis Blues this past Tuesday. It was their third loss in the last four outings and third consecutive defeat in front of the home fans. The Senators now sit at the sixth spot of the Atlantic Division standings, 12 points off the No. 5 seed.

Ottawa couldn’t cope with the Blues’ dynamic offense. The Sens allowed 36 shots towards their goalies, as Anton Forsberg replaced Matt Murray down the stretch. Forsberg is expected to patrol the crease Thursday against the Sabres, and the 29-year-old netminder is 9-8-1 with a 2.88 GAA and a .915 save percentage in 2021-22.

The Senators allow 3.20 goals per game (tied-22nd in the NHL). They score 2.69 in a return (23rd) on an 8.9 shooting percentage (also 23rd). Winger Brady Tkachuk and center Drake Batherson lead the way for Ottawa with 34 points each, so keep your eyes on this duo if you like to bet player props.

The Sabres aim for their third straight W

The Buffalo Sabres (16-24-8) opened their three-game homestand in style, outlasting the New York Islanders 6-3 as +170 home underdogs this past Tuesday. After a 5-3 victory at the hapless Montreal Canadiens over the weekend, the Sabres put on another strong offensive performance to grab their second win in a row.

Winger Victor Olofsson scored a couple of goals against the Islanders, while Dustin Tokarski posted 30 saves to snap his four-game skid. Craig Anderson will guard the cage Thursday against the Sens, and the 40-year-old veteran is 6-3-0 with a 2.67 GAA and a .916 save percentage in 2021-22.

The Sabres surrender 3.47 goals per contest (27th in the NHL). They tally 2.62 in a return (25th) on a 9.0 shooting percentage (22nd). Winger Jeff Skinner leads the charge for Buffalo with 20 goals and 14 assists, while center Tage Thompson has 15 goals and 18 assists on his season tally.

Taking the side bet in this matchup feels like a coin flip. Both Ottawa and Buffalo have been struggling all season, and their recent form doesn’t help a lot. Still, the Sabres have won their last two games, scoring 11 goals in the process, so I lean the hosts to win.

Both sides have injury worries ahead of Thursday’s clash, and the Senators miss a few important forwards, including center Drake Batherson (G13, A21). Ottawa has scored only six goals over its last four outings, failing to find the back of the net twice in that stretch.

The betting trends are not helping a lot. While the over is 4-1 in the Sabres’ last five games overall and 5-1 in their previous six contests on the home ice, the under is 11-2 in Ottawa’s last 13 outings at any location.

The Sens have struggled mightily on the offensive end in the last four weeks. On the other side, six of Buffalo’s previous nine contests have produced seven or more goals in total. Hereof, I would take the over, hoping for another solid offensive display from the Sabres.