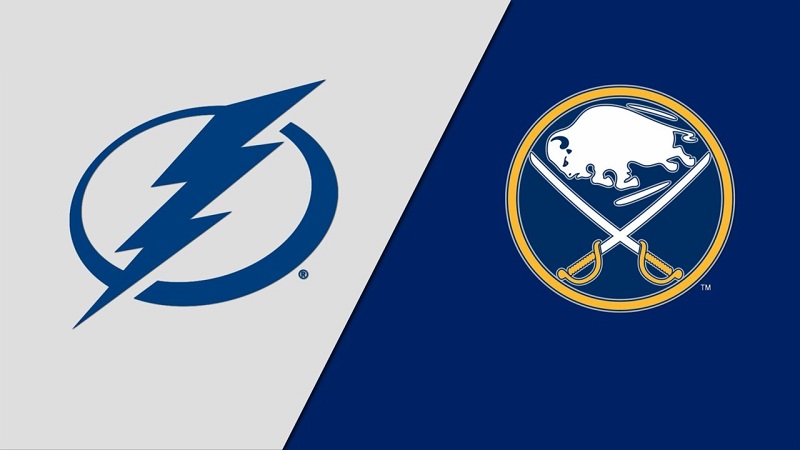 The NHL betting action goes on with an eight-game Tuesday card, so we are taking a closer look at the Atlantic Division showdown from KeyBank Center in Buffalo to get you the best Lightning vs. Sabres betting pick and odds.

Tampa Bay and Buffalo continue their three-game regular-season series. Back in October, the Sabres stunned the Bolts 5-1 as +150 home underdogs. Buffalo is a massive +222 moneyline dog this time around, while the totals sit at 5.5 goals on Caesars Sportsbook.

The Lightning dropped four of their last six contests

The Tampa Bay Lightning (23-9-5) haven’t been at their best lately, tallying just a couple of wins over their previous six outings at any location. The reigning champions are coming off a heavy 5-2 defeat to the Boston Bruins this past Saturday, as they surrendered four straight goals through the first two periods.

On the other side of the ice, the Bolts are tallying 3.24 goals per game (11th) on a 10.8 shooting percentage (3rd). Center Steven Stamkos leads the way for Tampa Bay with 16 goals and 25 assists in 36 appearances, while defenseman Victor Hedman has accounted for seven goals and 29 dishes so far this season.

The Sabres lost five in a row

The Buffalo Sabres (10-18-6) are coming off a 3-2 home loss to the San Jose Sharks this past Thursday. It was their fifth consecutive defeat, though the Sabres have managed to earn a couple of points during that stretch.

Buffalo yielded three 1st-period goals to the Sharks. The Sabres finished with 39 shots towards San Jose’s goalie, while rookie Ukko-Pekka Luukkonen posted 21 saves to drop to 2-4-2 on the season. Luukkonen owns a 2.61 GAA and a .922 save percentage and should get another starting call Tuesday against the reigning champs.

The Sabres still have COVID-19 issues, as five players are in the medical protocols, including winger Alex Tuch and goalie Dustin Tokarski. Buffalo is scoring only 2.62 goals per contest (26th in the NHL) while surrendering 3.47 in a return (27th).

The Sabres managed to trounce the Lightning in their opening clash of the season, so I’m expecting the reigning champs to get revenge in this one. On paper, Tampa Bay is a much better team than Buffalo. The Lightning lean on one of the best goaltenders in the world, while their offense shouldn’t have too many problems scoring against the Sabres’ leaky D.

The Bolts have dominated the Sabres as of late. Tampa has won seven of its previous eight matchups with Buffalo and nine of its last 12 visits to KeyBank Center. The odds are not attractive, so go with the visitors to cover at +100.

The Sabres have allowed three or more goals in each of their last five outings. Hereof, I’m looking for the Lightning to storm the front and score early. Tampa owns plenty of deadly weapons, so the visitors could easily score four or more in this matchup.

Before that 5-2 loss to Boston, the Bolts have scored a whopping 11 goals in two straight wins over Columbus and Calgary. The over is 6-2 in Tampa’s last eight tilts, and it is 9-4 in the Lightning’s last 13 showings away from home.