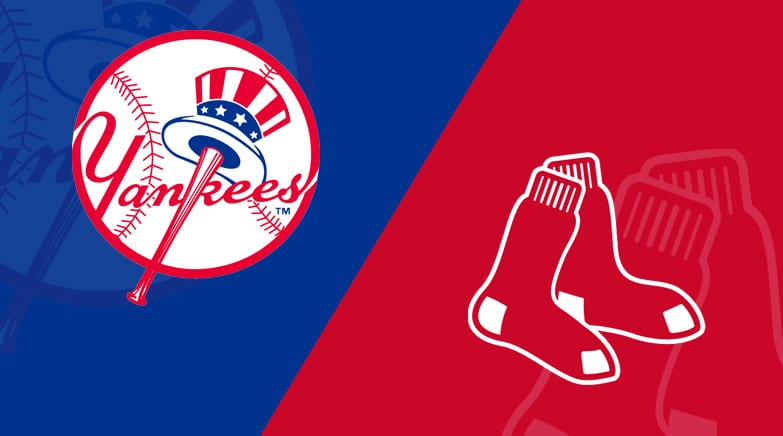 Even though we have 16 games on the MLB schedule for Saturday, August 13, all eyes will be on this exciting divisional rivalry game, so make sure you don’t miss the Yankees vs. Red Sox betting pick and odds

New York and Boston will play the second of a three-game series at Fenway Park, and the Yankees are -145 moneyline favorites on BetMGM NY Sportsbook, while the total is set at 9.5 runs. These arch-rivals have met ten times prior to this series and New York won six of those games.

Yankees lost the top spot in the AL

The New York Yankees are going through a little crisis at the moment as they lost each of the previous three series; twice to the Seattle Mariners, and once to the St. Louis Cardinals, who swept them in the process. As a result, the Yankees are not atop of the American league anymore as the Houston Astros took over.

New York had a 3-1 lead after the top 7th in the final game of the series against the Mariners, but Seattle scored three in the bottom 7th and booked a narrow 4-3 victory. Kyle Higashioka and Aaron Judge slugged a home run apiece, but the Yankees recorded just four hits in the loss. Nestor Cortes (9-3) logged a quality start after allowing three runs on three hits with ten strikeouts and a walk over 6.0 innings. Albert Abreu took his second loss of the season.

Red Sox are in jeopardy of missing the postseason

The Boston Red Sox were on a four-game losing run but managed to avoid the fifth in a row as they beat the Baltimore Orioles. However, their form is quite concerning and if they don’t improve their game soon, the Red Sox will fail to make it to the postseason.

Boston managed to edge the most pleasant surprise of the season, the Baltimore Orioles, in a low-scoring 4-3 duel at home. The Red Sox had a 3-0 lead, but the Orioles tied in the 6th before Eric Hosmer hit a go-ahead RBI double to earn a W for his team. John Winckowski (5-5) narrowly failed to register a quality start after pitching for 5.2 innings, allowing three runs on six hits with two strikeouts and two walks. Austin Davis got his second win of the campaign.

Montas perhaps struggled on his debut for the Yankees and lasted only three innings against the Cardinals, but he played very well against the Red Sox in his previous start against Boston. Frankie let just one run for a 1.50 ERA in 6.0 innings but still took a loss in that game while he pitched for the Athletics. Crawford was also great against the Yankees, he faced them three times this season (one start) and registered a fantastic 1.29 ERA over 7.0 innings. Boston is not very good against right-handers and that’s why I am giving a slight advantage to the visitors. Still, I am backing the Red Sox to put up a fight and stay close here.

Montas and Crawford pitched very well against Boston and New York, respectively, and I think that’s going to continue on Saturday. The Yankees are playing their worst baseball of the season and their offense is not in a good place right now, despite having a monstrous Aaron Judge in the lineup. Although almost all the trends are saying that we should expect a high-scoring game, I am going with my hunch in this one and I am backing Under. The total is not low, which is a chance for profit.