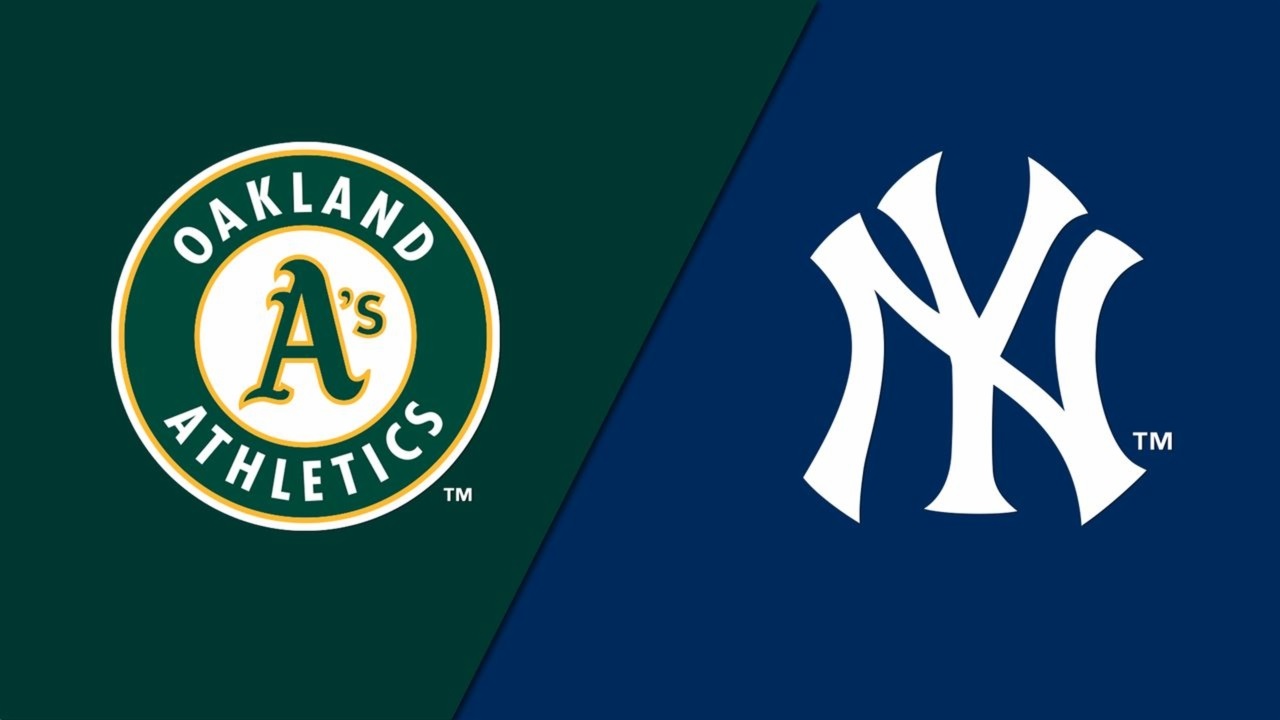 We have a nine-game slate on Monday night in the MLB, including this American League tilt at Yankee Stadium with the first pitch set at 7:05 PM ET, so don’t miss out on the best Athletics vs. Yankees betting pick and odds.

Oakland and New York will open a three-game series in the Big Apple, and the hosts are massive -300 moneyline favorites on BetMGM Sportsbook. The American League rivals will meet for the first time this season after facing seven times in 2021. The Yankees won that series 4-3.

The Oakland Athletics snapped a four-game losing streak with a pair of victories over the Kansas City Royals on the road. Following a loss in the series opener, the A’s got to 9-7 and 5-3 wins to improve to a 25-49 record, which is still the worst record in the entire MLB.

In the latest 5-3 win over the Royals, Seth Brown hit his 10th homer of the campaign, while Nick Allen added two RBI as the A’s came from 3-2 behind to secure a win. James Kaprielian pitched for 5.1 innings and allowed three runs on two hits with two strikeouts and four walks. Domingo Acevedo (1-1) was credited with his first win of the season, while Lou Trivino got his fourth save of the year.

Paul Blackburn (6-3) will get his 15th start of the season when he takes on the Yankees on Monday. The 28-year-old righty is enjoying the best campaign of his career as he carries a 2.97 ERA, 1.18 WHIP, and 55/19 K/BB ratio over 75.2 innings of work. Blackburn fired five scoreless innings against the Yankees in 2021, allowing no runs on five hits.

The New York Yankees opened and closed the series against the Houston Astros with wins, but did lose two games in between. However, after beating Houston 6-3 in an extra-inning, the Yankees preserved the top spot in the AL with a great 53-20 record. That’s the best record in the MLB.

For the second time in four days, Aaron Judge walked off the Astros with a home run. This time around, it was a three-run homer in the 10th inning as the Yankees came from a 3-0 deficit to win 6-3. Nestor Cortes (6-3) started the game and lasted for 5.0 innings, allowing three runs on five hits with seven strikeouts and two walks. Michael King was the one who took a win and improved to a 5-1 record.

Paul Blackburn is having a season of his career, but I don’t think he will experience good times at Yankee Stadium on Monday. The Yankees have been the best teams in the MLB so far this season for a reason, and I don’t think they will miss the opportunity to sweep the A’s in this series.

Blackburn has a chance to escape with a no-decision, and even if he manages to do it, I am backing the hosts to get a W. New York has been sensational at home lately and the Yankees will have no trouble beating the worst team in the MLB.

Blackburn has been the best Oakland pitcher this season and I don’t think the Yankees will dismantle him on Monday as he will be desperate to bounce back from his worst start of the campaign in a loss to Seattle last time out. Apart from that game, Blackburn allowed more than three runs just twice this year.

The total has gone Under in eight of New York’s last 11 games against Oakland, while the total went Under in five of the Yankees’ previous six games when playing at home against Oakland.