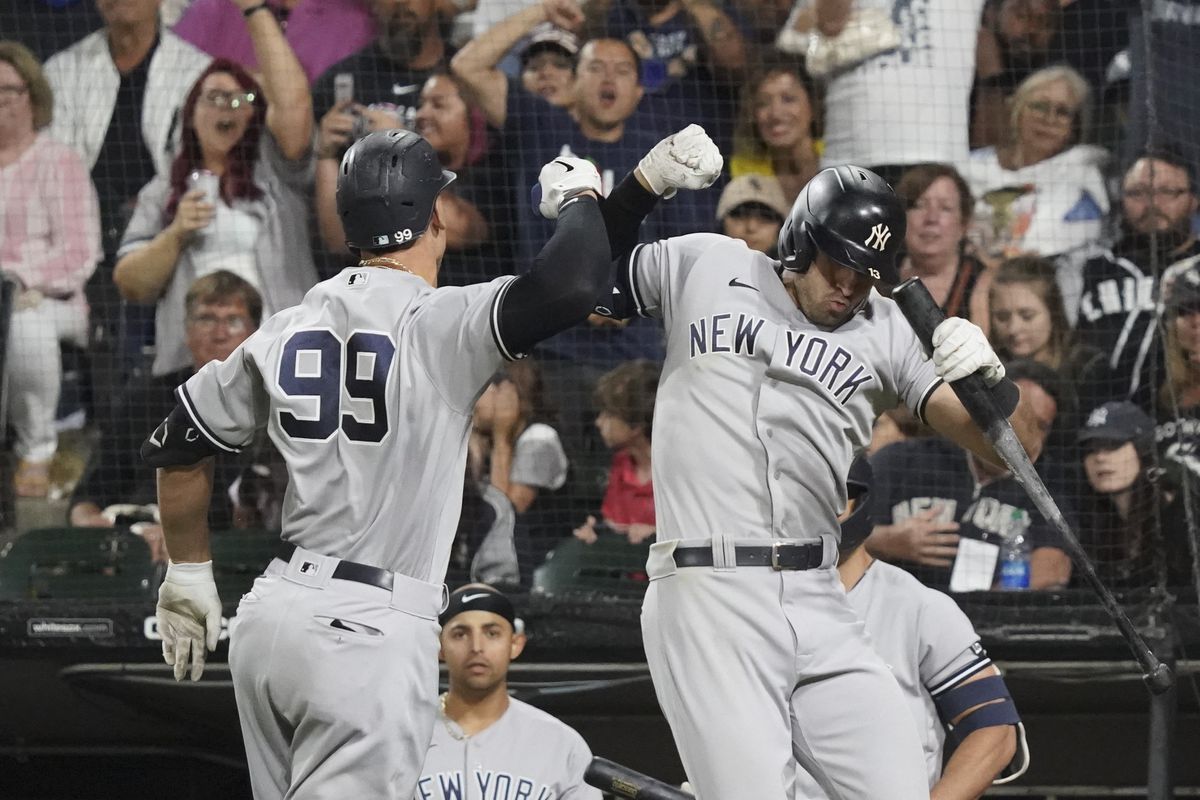 To say New York Yankees’ general manager Brian Cashman has been busy of late would be a significant understatement.  Cashman and his office personnel have made a litany of roster decisions these past couple weeks.  The average Yankee fan is well aware of the fact that Cashman pulled the trigger on massive trades for power hitters Joey Gallo and Anthony Rizzo.  The two sluggers have made an immediate impact.  However, those two moves are only the tip of the iceberg in terms of the team’s slew of transactions in the past couple weeks.  Let’s take a closer look at some of the Yankees’ most notable recent transactions from the week gone by.

The Yankees recently announced Clint Frazier’s rehabilitation assignment has progressed.  Frazier’s rehabilitation will now shift from Low-A Tampa Bay to Somerset at the Double-A level.  That is certainly a good sign for a Yankee lineup that needs all hands on deck as the team continues its playoff push.  Frazier’s presence in the lineup really does have the potential to help the Yankees sneak into the postseason.

What About Luis Severino?

The Yankees also transferred pitcher Luis Severino’s rehabilitation assignment.  It wasn’t long ago when Yankee fans were singing the praises of Severino, insisting he would be a key component of the team’s pitching staff moving forward. Severino will progress from the Yankees’ Somerset club at the Double-A level to the franchise’s Triple-A team at Scranton/Wilkes-Barre.

Unfortunately, Severino just can’t stay healthy.  Even if he finds his way back onto the field in the weeks ahead, Yankees fans shouldn’t get their hopes up. Anything Severino can contribute from now until the end of the season should be considered an unexpected bonus.

Take a look at the Yankees’ recent transactions and you will find an avalanche of information.  The team recently reinstated Chris Gittens from the 10-day IL and optioned him down to the team’s Scranton/Wilkes-Barre Triple-A affiliate.  A 27th player was added for the Field of Dreams game with the Chicago White Sox.  The Yankees selected outfielder Estevan Florial to be active for the game.  Florial has since been demoted to Triple-A Scranton/Wilkes-Barre.

The Yankees also announced pitcher Clarke Schmidt returned from his rehab assignment and was subsequently reinstated from the team’s 60-day IL only to be optioned to Scranton/Wilkes-Barre.  Ace Corey Kluber will likely make the transition from Somerset to Scranton in the weeks ahead, setting the stage for his return to the big leagues, likely before the final week of August.