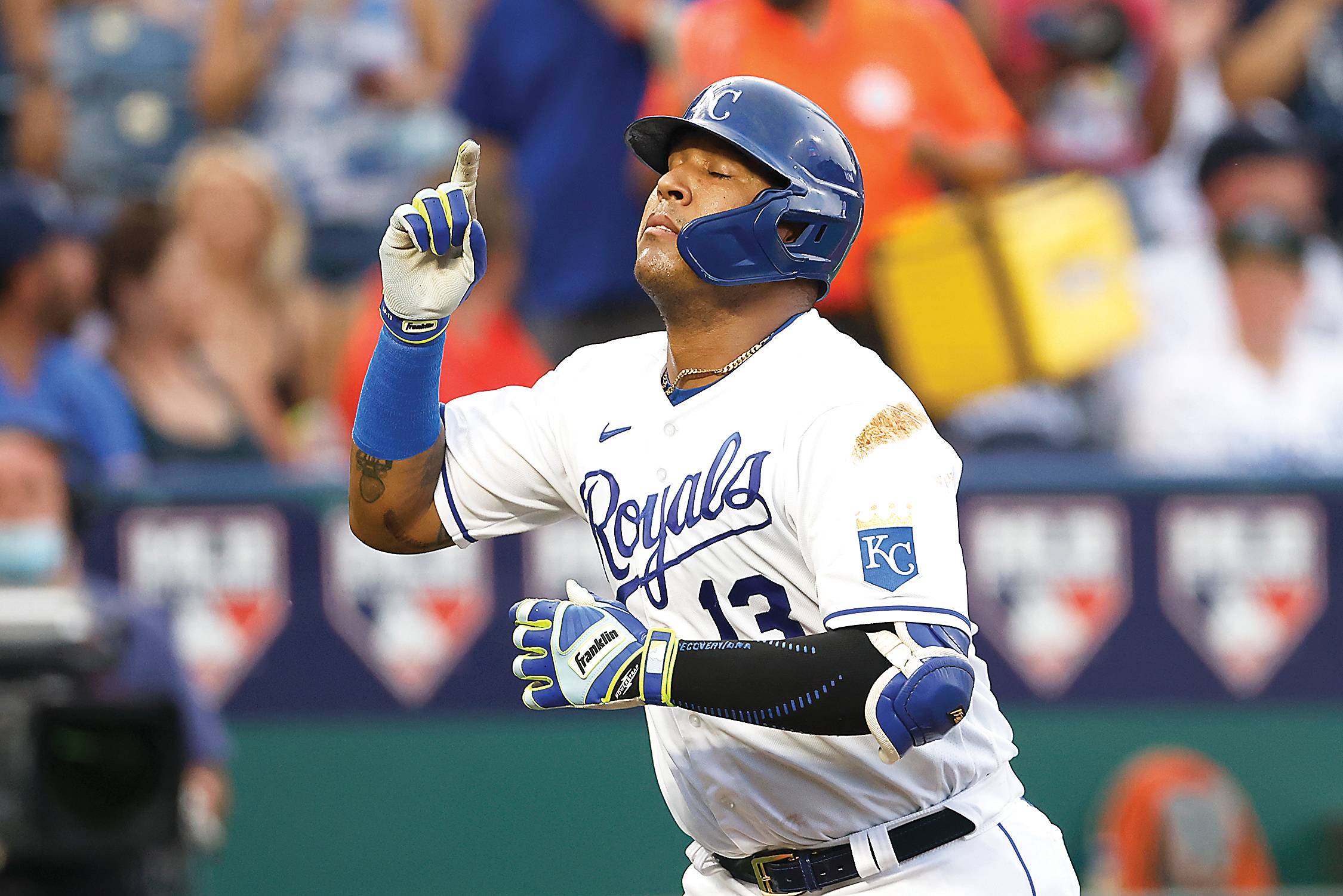 The Yankees fell to the Royals on Tuesday night, 8-4.  Royals’ catcher Salvador Perez went deep two times.  The hard-hitting mountain of a man has 29 long balls on the season.  The catcher’s home run in the first inning went nearly 420 feet.  Perez then tied the game in the sixth inning.  The multi-homerun game is Perez’s fourth of the year and the 10th total.  Perez has spent the entirety of his 10-year major league career with the Royals.

Higashioka Powers the Yankees but NY Comes up Short

The bright spot in the game for New York was the two-run blast hit by Kyle Higashioka.  However, the Yankees have lost two of three after their 5-game winning streak.  The Yanks will have to rally down the stretch to catch Tampa Bay and the Red Sox.  The Yankees might not even be able to surpass the A’s in the race for the wild card.

Though Higashioka’s long ball put the Bombers ahead in the fourth inning, the lead didn’t last long.  The Royals’ Whit Merrifield scored to tie the game in the fifth inning.  The run crossed home plate after a throwing err on behalf of Higashioka.  Aside from Higashioka’s heroics at the plate, the Yankees’ D.J. LeMahieu also fared well at the dish, hitting a clutch RBI single in the sixth inning.

What’s Next for the Yankees?

Though the Yankees don’t look like a playoff team now that they have lost Anthony Rizzo to the coronavirus and Aroldis Chapman for at least another week, there is still reason for hope.  If the Yankees can finally get healthy in the weeks ahead, the team should have a good chance at sneaking into the playoffs.

The Bronx Bombers haves not yet announced a starting pitcher for the series finale on Wednesday.  The game is particularly meaningful as the Yankees have beaten the Royals in the prior 11 straight series between the two AL competitors.

Kansas City will roll out Brady Singer to the mound.  The right-handed pitcher has a 3 and 7 record with a relatively high earned run average of 5.13.  Even if the Yankees go with a “bullpen day” in which relievers pitch an inning or two each, the team will stand a good chance of beating the Royals in the series finale.