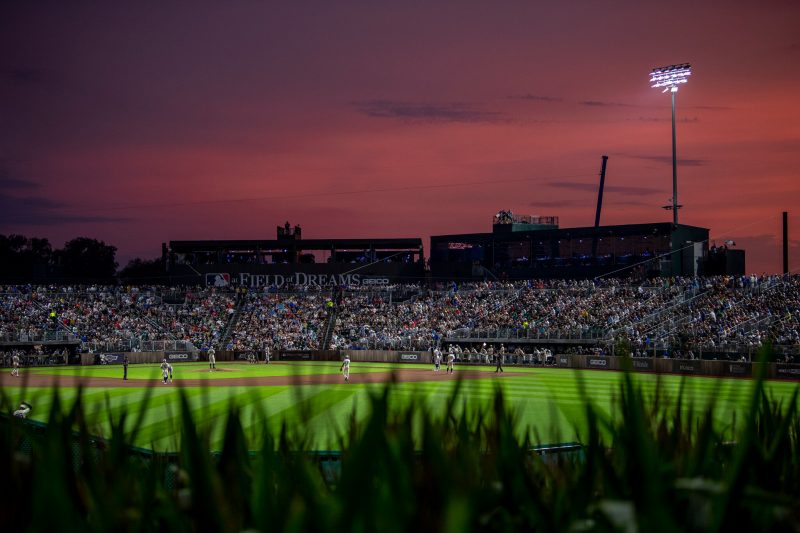 The Field of Dreams game played between the New York Yankees and Chicago White Sox turned out to be an instant classic.  It appeared as though Aaron Judge and Giancarlo Stanton would be the heroes for New York after both went deep late in the game.  However, White Sox infielder Tim Anderson went yard to end the game in walk-off fashion.  The two-run homerun in the bottom of the ninth inning landed amongst countless cornstalks beyond the right-field fence.  It was the most dramatic and unique ending to a baseball game in decades or possibly ever.

Those who stayed up late to watch the end of the game will have quite the story to tell.  The 7,832 fans who had the chance to attend the game sure had a long walk back to their cars following the epic matchup between AL titans yet it was probably one of the more joyful strolls they’ve taken in quite some time.

Aside from Zach Britton’s meltdown in the ninth, the Yankees played fairly well in the matchup with the White Sox.  Stanton and Judge both launched two-run long balls.  The moonshots came off Chicago’s All-Star closing pitcher, Liam Hendricks, in the top of the ninth inning.  However, the long balls were not enough as Tim Anderson turned out to be the real hero of the night.  Though Hendricks permitted the two deep balls in his appearance, he walked away from the outing with a win.

An Idiosyncratic Game in all Regards

From the small crowd size to the cornstalks beyond the outfield fence and the permission to add a 27th player to the roster, this Field of Dream games will go down in baseball history as one of the most unique ever played.  The Yankees rolled with an additional outfielder in Estevan Florial as their extra man.  Florial, 23 years of age, had only about two dozen prior plate appearances for the Bronx Bombers this season.

Yankees Fans Still Have Something to Look Forward To

New York’s ace, Gerrit Cole, will likely rejoin the squad while the team is in Iowa for the Field of Dreams game.  It is possible Cole will return to the rotation by the end of the weekend.  Lefthanded pitcher Jordan Montgomery is also slated to return from the COVID list as well.  The two have been on the list since the first couple days of August.  If Cole returns to his normal self, the Yankees should be at least even money to make the playoffs.