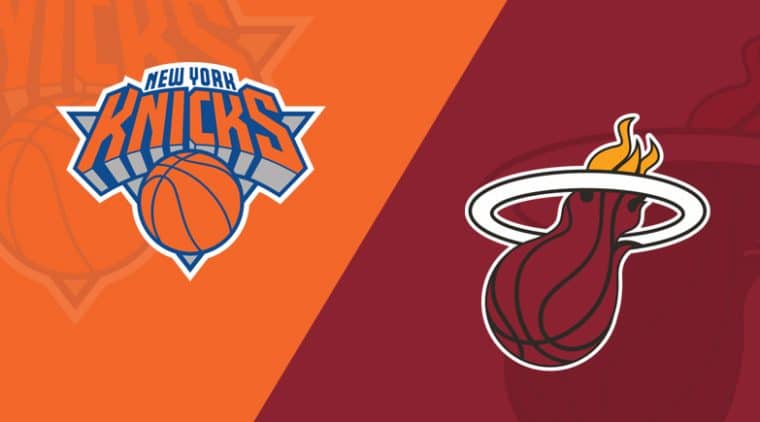 The 2021-22 NBA season goes on Friday, March 25, with the Eastern Conference showdown from FTX Arena in Miami, Florida, so we bring you the best Knicks vs. Heat betting pick along with the latest odds update on Caesars NY Sportsbook.

New York and Miami lock horns for the third and final time this term, and the Heat have a chance to sweep the Knicks for the second straight year. Miami is unbeaten in five consecutive encounters with New York.

The injury-depleted New York Knicks (31-42; 34-39 ATS) are coming off a 121-106 victory over the Charlotte Hornets this past Wednesday. Playing as big 8.5-point road underdogs, the Knicks snapped their two-game skid on the back of excellent offensive performance.

New York took full advantage of Charlotte’s leaky defense. The Knicks shot 51.8% from the field and 44.4% from beyond the arc while handing out 30 assists and turning the ball over only nine times. RJ Barrett led the way with 30 points on 10-for-19 shooting from the field, while Obi Toppin had 18 points, 11 rebounds, and six assists.

The Knicks have won six of their last ten contests, but they are still five games behind the No. 10 seed in the Eastern Conference. They’ll certainly miss the postseason for the eighth time in the last nine years. New York misses four players due to injuries, while both Julius Randle and Mitchell Robinson are questionable to play Friday against Miami.

The Heat hope to snap their two-game skid

The Miami Heat (47-26; 40-32-1 ATS) are coming off a 118-104 home defeat to the Golden State Warriors this past Wednesday. It was their second loss in a row and third in their previous five outings at any location.

Miami got frustrated by the red-hot shooting Warriors, who made 51.9% of their field goals and 41.7% of their 3-pointers. We saw a brawl on the Heat bench down the stretch, as Jimmy Butler and Udonis Haslem shouted at each other, while the rest of the team had to play peacemaker.

The Heat are still topping the Eastern Conference, but they are only 1.5 games ahead of Boston, Milwaukee, and Philadelphia. Miami will miss Gabe Vincent (toe) against the Knicks, while five players are listed as questionable, including Butler and Tyler Herro.

The Heat have to bounce back as soon as possible. They meet the Knicks on the first day of a back-to-back set, and Saturday brings a tough matchup with the Brooklyn Nets. Hereof, I have to go with the hosts to cover.

New York has nothing to play for besides its pride. Both clubs have a lot of injury worries, and Miami’s depth should be a decisive factor. Also, the Heat have owned the Knicks lately, going 9-1 SU and 8-2 ATS in their last ten encounters.

Miami needs to bring its best defense. In each but one of their last seven victories, the Heat have held their rivals below a 108-point mark.