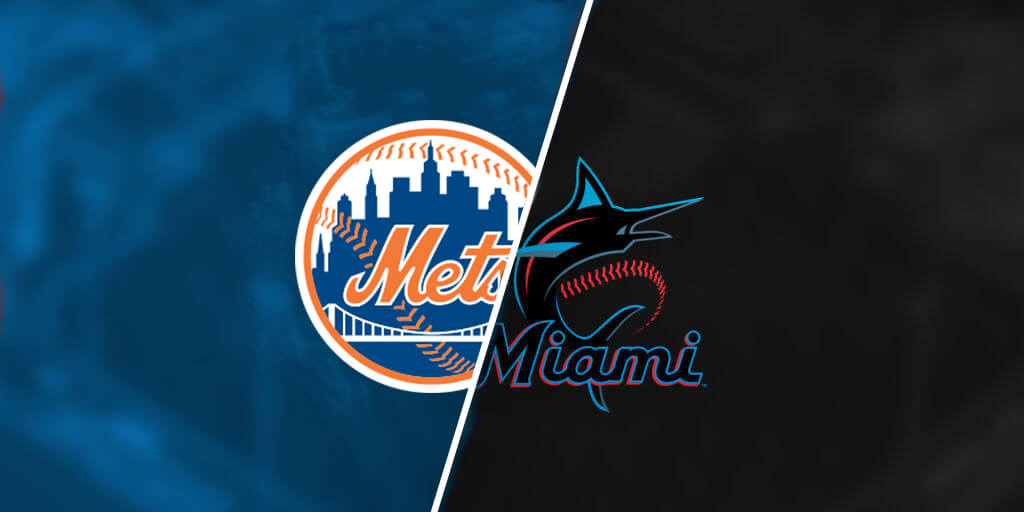 The New York Mets meet the Miami Marlins for the closing contest of their three-game series at LoanDepot Park in Miami, so we’re taking a closer look at this NL East showdown to get you the best Mets vs. Marlins betting pick and odds.

The Mets topped the Marlins in the opener

Excluding the middle game of this series, the New York Mets have won seven of their first 13 encounters with the Marlins in 2021, including four of their previous five meetings. The Mets beat Miami 9-4 this past Tuesday even though they had just six hits, as Pete Alonso went yard twice and drove in three runs, while the Mets bullpen shut down the Marlins.

The Miami Marlins fell to 57-81 on the season following that 9-4 defeat to the Mets, tallying their fourth loss in the last six outings. During that stretch, the Marlins have scored 24 runs while posting a terrible .199/.270/.322 slash line. Miami owns the fourth-lowest scoring offense in baseball, averaging just 3.97 runs per game.

The Marlins’ pitching staff has done a superb job in the last couple of weeks, registering the second-lowest ERA in baseball (3.07) to go with a 1.07 WHIP and a .222 batting average against. Jesus Luzardo will get the starting call Thursday, and he’s 3-3 with an awful 7.15 ERA in seven starts since joining Miami last month.

Luzardo met the Mets on August 2 and gave up three earned runs on four hits and three walks through five frames while picking up a win in a 6-3 home victory. Last time out, the 23-year-old lefty has tossed 5.2 innings of a three-run ball in a 10-3 win to Philadelphia, settling down with a no-decision.

Marcus Stroman has met the Marlins twice in 2021. He’s allowed a couple of earned runs on seven hits across 6.1 innings, getting a no-decision on both occasions. Stroman has been solid all season and should be fine against this Miami lineup, so I’m backing the Mets to win, hoping for another strong performance at the plate.

I don’t trust Jesus Luzardo at all. He’s allowed a whopping 17 earned runs on 26 hits and 13 walks over his previous five starts and 24.1 innings of work. The Mets desperately need a win, as they trailed the NL East-leading Atlanta Braves by four games on Wednesday.

The Marlins’ relievers are pretty unpredictable. They’ve had a lot of ups and downs in 2021, and in the last two weeks of action, the Marlins bullpen boasts the lowest ERA in the majors (1.35). On the other side, the Mets bullpen has a 2.76 ERA in that span, so I’m backing the under on the totals.

LoanDepot Park is a pitcher-friendly ballpark and leads the majors in 2021. Therefore, both teams will struggle offensively if their pitchers continue to play in a good form.