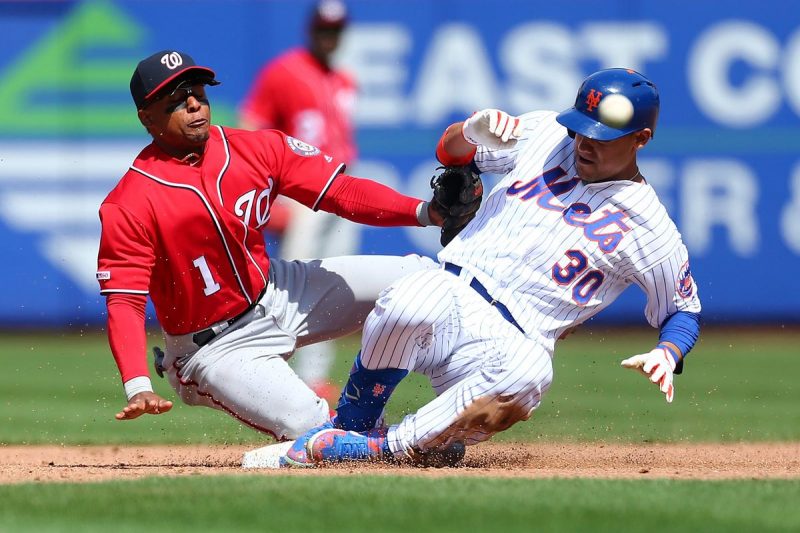 New York barely outlasted Washington in the first game of Saturday’s seven-inning doubleheader at Nationals Park, and while the second clash has been excluded from the analysis, we bring you the best Mets vs. Nats betting pick and odds for Sunday, September 5, 2021.

The Mets have won nine of their first 16 encounters with the Nationals this term. They opened as -142 favorites for Sunday’s contest, while the Nats sit at +131 moneyline odds with a total of 8.5 runs on Betmgm Sportsbook.

The Mets don’t give up on the playoffs

The New York Mets improved to 68-67 on the season following an 11-9 victory over the Nats on Saturday. It was their sixth win in a row and seventh over the previous eight meetings with Washington, as the Mets continue to chase Atlanta and Philadelphia in the race for the NL East title. They were just three and a half games behind the top-seeded Braves ahead of Saturday night’s slate.

Taijuan Walker will get the Nationals on Sunday, and he’s 1-1 in a couple of starts against Washington in 2021, allowing just four earned runs on 13 hits and three walks across 13.1 innings of work. The 29-year-old right-hander is 7-9 with a 3.89 ERA and 1.16 WHIP in 24 starts and one relief appearance this season, but he hasn’t been at his best lately.

Over his previous eight outings, Walker has registered a rough 6.81 ERA and a .258 batting average against. Also, he’s been charged for a loss in six of his previous seven starts.

The Washington Nationals have been terrible since the All-Star break and especially following the trade deadline. Their offense hasn’t been that bad, but the Nats’ pitching staff has struggled mightily. Over the last couple of weeks, Washington has registered the highest ERA in baseball (6.06) to go with a disappointing 1.67 WHIP and a .295 batting average against.

Josiah Gray will toe the slab Sunday at home, and the 23-year-old righty is 0-2 with a 4.73 ERA and 1.32 WHIP in seven starts and one relief app in his rookie season. After a couple of outings with the LA Dodgers, Gray joined the Nats in August and posted a 4.22 ERA and 33/11 K/BB ratio in six starts and 32 innings of work.

Last Monday, Gray was tortured for six earned runs on seven hits and three free passes across four frames in a 7-4 home loss to the Philadelphia Phillies. That was his first really bad start in the big leagues, so Gray will try to right the ship in another outing in front of the home fans.

The Mets are winless in Taijuan Walker’s last seven starts, and that awful streak will have to come to an end eventually. There’s no better chance than a matchup with the slumping Washington Nationals whose pitching staff is one of the worst in the majors at the moment.

You never know with the Mets’ offense that ranks 29th in the majors in runs scored per game (3.78), but Josiah Gray has allowed at least a home run in each of his eight MLB appearances, while the Nats bullpen has a 0-5 record with a 5.21 ERA and 5.31 FIP in the last couple of weeks.

The Mets bullpen has registered a shiny 1.77 ERA and 3.38 FIP over the past two weeks. However, there will be some tired arms following Saturday’s doubleheader, so I would go with the over.

The Nationals’ pitching has been awful lately, while their offense has tallied a decent .256/.338/.420 batting line in the past two weeks. The over is 21-8-1 in Washington’s last 30 games overall, and it is 5-1 in the Nats’ previous six showings.