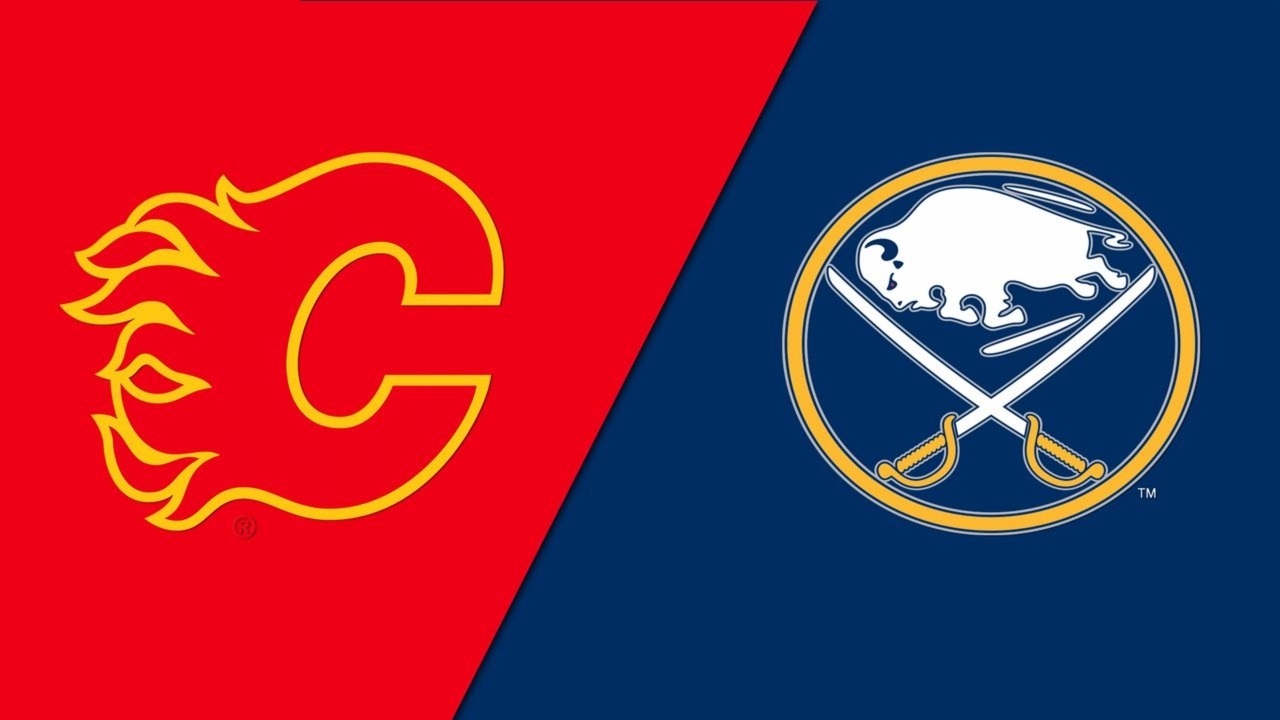 The 2021-22 NHL season continues with a loaded Thursday card, bringing 11 games to the bettors, including the interconference showdown at KeyBank Center in Buffalo, so here’s the best Flames vs. Sabres betting pick.

Calgary meets Buffalo for the first time in nearly two years, and the Flames have won four of their previous five encounters with the Sabres. According to Bally Bet Sportsbook, the Flames are firm -175 moneyline favorites to win this duel, while the totals are listed at 5.5 goals.

The Flames lost two of their last three games in overtime

The Calgary Flames (8-3-5) returned to the losing ways last Tuesday, suffering a 2-1 overtime defeat at the Philadelphia Flyers. After a 2-1 overtime loss at Toronto and a 4-0 road victory over the short-handed Ottawa Senators, the Flames failed to cope with the Flyers’ offense, surrendering a whopping 43 shots towards Jacob Markstrom.

The 31-year-old netminder is now 5-3-4 on the season, boasting a 1.82 GAA and a .938 save percentage. Markstrom has already recorded four shutouts, while the Flames are yielding only 2.13 goals per game (2nd in the NHL). Jakob is expected to get another starting call Thursday at KeyBank Center.

On the other side of the ice, the Flames are scoring 3.06 goals per game (13th) on an 8.8 shooting percentage (20th). They are 11-for-49 with the man advantage, enough for the tenth-best power-play percentage in the NHL.

The Sabres hope to stay on the winning path

The Buffalo Sabres (7-6-2) are coming off a 2-1 road victory over the Pittsburgh Penguins this past Tuesday. It was their second win in the last three outings along with a 5-4 home loss to the Toronto Maple Leafs last weekend.

Calgary and Buffalo both have struggled a lot lately. The Flames have lost six of their last eight games overall, as well as their next rivals, so something’s got to give in this one. I’m backing the visitors to win straight up because they are a better defensive team, while Jacob Markstrom is enjoying a wonderful season.

The Flames have been pretty successful in their last 13 contests against the Eastern Conference, going 10-3 in the process. On the other side, the Sabres are 5-10 in their previous 15 meetings with the Western Conference.

The Flames have been one of the best defensive teams in the league so far this term. Their penalty-killing percentage is the fifth-best in the NHL (87.3%), while the Sabres rank 18th, allowing eight goals on 43 power-play opportunities.

Neither team has impressed with the man advantage, so I don’t expect to see a high-scoring affair. Four of Calgary’s last five games produced fewer than six goals in total, while the over is 5-2 in Buffalo’s previous seven outings.