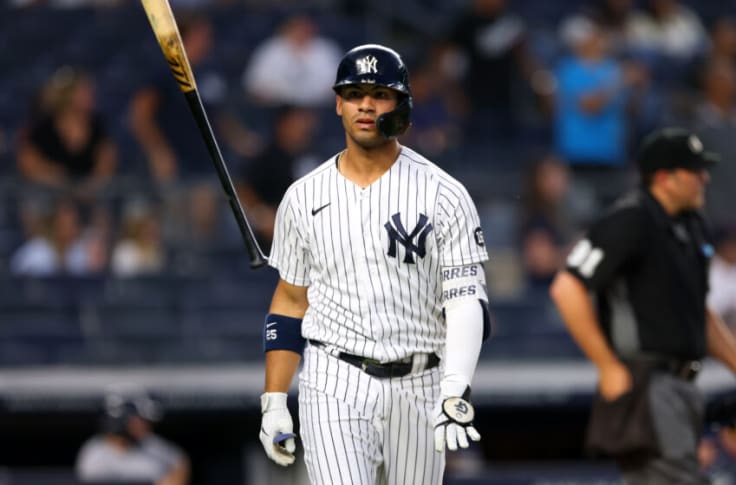 The Major League Baseball trade deadline is this Friday at 4 p.m.  The New York Yankees are ready to deal.  Though the Yankees have underwhelmed this year, there is the potential for a second half bounce back.  Brian Cashman is undoubtedly working the phones in an attempt to add to his bullpen and possibly also add a bat to the lineup.  Let’s take a look at a couple trade targets that the Yankees might be zeroing in on.

Adding a Bat to the Lineup

The Yankees clearly need another potent bat in the lineup.  Gleyber Torres has disappointed these past few seasons, setting the stage for him to transition back to second base in the event the Yankees add a top-notch shortstop.  MLB insiders insist the chances of Colorado Rockies shortstop Trevor Story being dealt are 50/50, meaning the Yankees are presumably in the mix for the All-Star middle infielder.

However, Torres is unlikely to be a part of a deal for Story or any other player simply because his stock is still quite low in spite of the fact that his bat came alive in the past couple games.  The Yanks’ shortstop has hit well the past week yet it probably won’t be enough to generate interest in the trade market.

If the Yankees don’t add an infielder such as Story, they will still likely add a new bat to the lineup.  Those who tuned into the MLB Home Run Derby might have heard the commentators discussing a potential Yankees trade for Rangers outfielder Joey Gallo.  Though Gallo mans the outfield, he is capable of playing several infield positions.  Gallo has some experience playing first base and a couple other positions so his value is that much higher on the open market.

Gallo is one of the game’s top sluggers, notching 24 homers and more than 50 RBI through the first 90 games of the season.  However, Gallo tends to strike out at a high rate so he might not be the missing piece to a Yankees lineup that already strikes out at an elevated clip.

Aroldis Chapman clearly is not the pitcher he was in his prime.  The Yankees bullpen if the team is to get back into the playoff hunt.  Sort through the rest of names aside from Chapman and Green in the New York bullpen and you will find the likes of Nick Nelson and Brooks Kriske, neither of which is anywhere close to a household name.

If the Yankees are active this trade deadline, they might add one or several new arms to their bullpen.  The Mets have expressed interest in Cubs closer Craig Kimbrel.  If Chapman and the rest of the Yankees bullpen continues to struggle in the days ahead, Cashman just might consider getting in on the action for Kimbrel, possibly plucking him from the grasp of the Mets and putting the Yankees right back into the playoff mix heading toward the final months of the season.