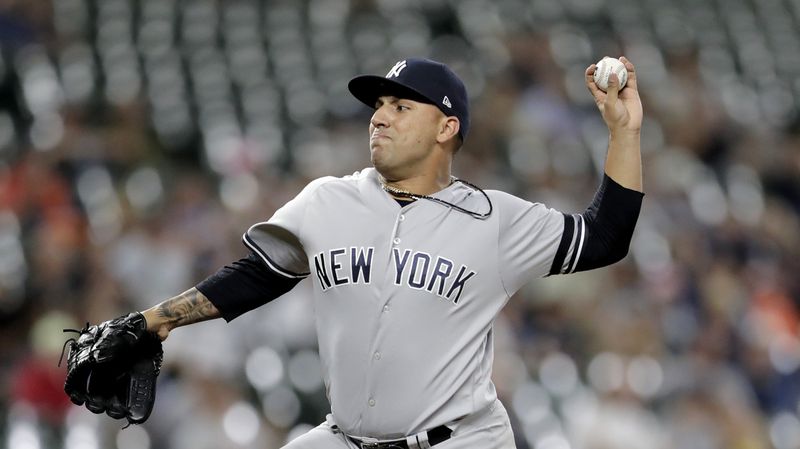 The Yankees certainly got their revenge on the Chicago White Sox after dropping the much-heralded Field of Dreams game.  New York took Sunday’s matchup with Chicago 5 – 3.  Rougned Odor powered the Yankees to the victory, hitting a two-run blast in the game.  Luke Voit also went deep.  Yankee pitcher Nestor Cortes turned in six respectable innings in the win.   The victory makes the Yankees 5 and 1 against the White Sox, a squad the Bronx Bombers could easily match up with down the line in the playoffs.

Cortes Shines in the Yankees’ Win

Cortes might not look like an ace yet he has emerged as an unlikely leader in the Yankees’ rotation.  Cortes allowed merely one run in his matchup with the White Sox’ beastly lineup.  Cortes surrendered seven hits in the game.

Though the Yankees dropped the series opener with the White Sox, they won two straight after the Field of Dreams game.  In fact, the Yankees have now won 10 of 11 series, an amazing feat that the team probably won’t replicate for years.  The emergence of Cortes and the Yankees success after the All-Star break is quite the surprise considering the squad was only one game over .500 at the half-way point in early August.

Chicago pitcher Lucas Giolito had an uncharacteristically disappointing outing against the Yankees.  Giolito allowed three runs, two of them which were earned.  He also surrendered half a dozen hits and walked three.  The silver lining to the towering pitcher’s outing was the fact that he struck out eight batters.

Where is Anthony Rizzo?

Yankees fans are likely wondering where first baseman Anthony Rizzo is.  The power hitter has been out of the lineup since the first week of August due to COVID-19.  He will undergo a cardiac evaluation this week.  If the evaluation reveals there is no cause for concern, he will start working out with the team, likely on Monday.

It is also interesting to note the team’s catcher, Gary Sanchez, who has been on the virus list dating back to the initial couple days in August, is now working out at the team’s Double-A facility.  At this point it seems as though there is a unique variant of the virus specific to the Yankees’ clubhouse.  Star pitcher Gerrit Cole, who has recovered after contracting the virus, will start this Monday when the team faces off against the Los Angeles Angels.